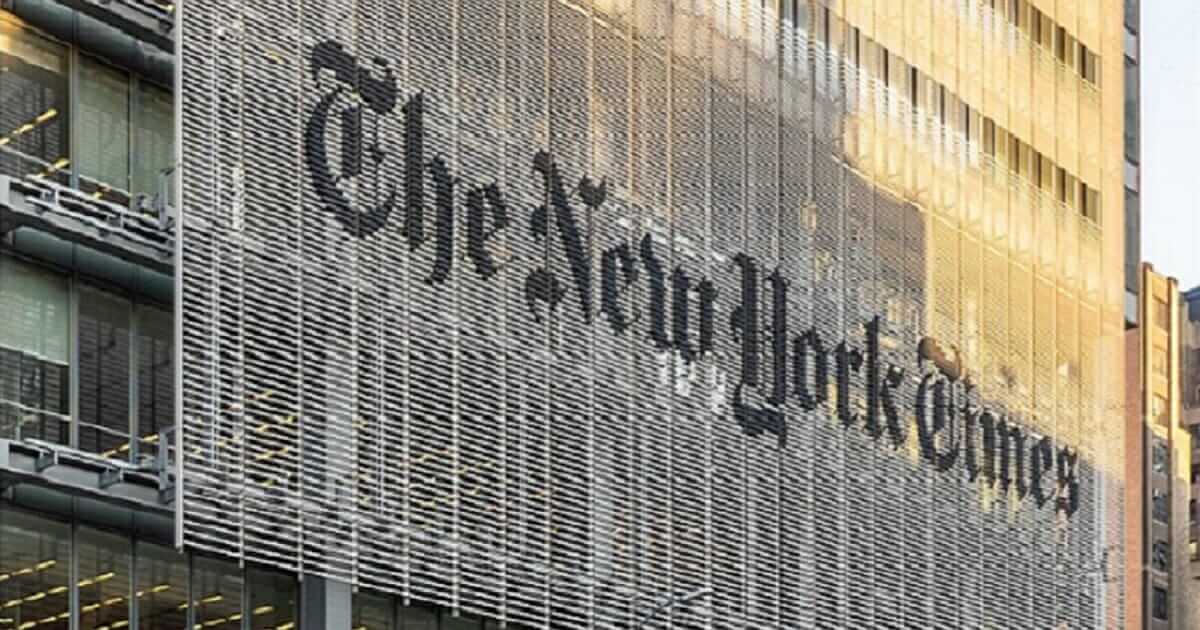 Democratic Sen. Maria Cantwell of Washington wants to classify failing local news outlets as “infrastructure” so they can be government-funded, should President Joe Biden’s behemoth spending package ever cross the finish line.

The cost for Biden’s proposed American Jobs Plan seems to have shrunk from its initial $2 trillion price tag. The Hill reported Monday that amid negations with Republicans, Democrats are prepared to spend significantly less.

“The president has come down by about $1 trillion,” White House press secretary Jen Psaki said Monday. “What we’ve seen on the other side is they’ve only come up by a small percentage of that.”

Talks between the White House and Republican West Virginia Sen. Shelly Moore Capito are ongoing — as are other talks between other Republicans and Democrats. But since Democrats first floated the infrastructure spending plan, we’ve seen them rush to call just about everything under the sun as “infrastructure.”

Democratic Sen. Kirsten Gillibrand of New York showed the Democrats’ hand in one tweet back in April:

If you label everything that serves you as “infrastructure,” then you’re more likely to strong-arm your political opponents into spending away the country’s future on items that are not necessary. Using such tactics also gives Democrats an opportunity to portray their opponents as heartless. Who would oppose paid leave or child care? What kind of person wants to see community journalism disappear?

Only a monster would allow communities to be underserved by letting the market decide which of a half-dozen TV news affiliates and local newspapers will survive to serve the same area, of course. Cantwell is leading the charge to put these news affiliates and other enterprises on the government dole. The Democrat contends that failing local news stations are critical infrastructure.

Radio World reported Cantwell recently argued that “Broadcast journalism and news journalism are part of [our] critical infrastructure” when speaking to the National Association of Broadcasters in May. Cantwell’s plan to label left-leaning local news outlets as being crucial to the operation of the country has support — especially from those who stand to benefit from being bailed out.

Some actually want to create what is essentially a revolving fund to keep local outlets on the air and in print. Osita Nwanevu, writing for The New Republic, said she wants to transition the commercial model of local media outlets into one that is nonprofit — essentially turning now-ad revenue-driven outlets into state media outlets which she portrayed as being integral parts of the public service sector.

“Dedicating $30 to $40 billion over the next 10 years … to a federal fund offering grants for state and local outlets and reporting projects in all mediums, digital and traditional, would amount to a historic and legacy-defining investment in America’s civic infrastructure,” argued Nwanevu.

Another ally for Cantwell’s local media welfare plan is Victor Packard, an opinion writer for The Hill.

“Local news serves our critical information needs, particularly regarding vital issues such as vaccines, elections and public safety. The newspaper industry, still our primary source of original reporting, has lost well over 50 percent of its workforce since the early 2000s, leading to hundreds of closures and news deserts across the country,” wrote Packard in a recent commentary piece.

Perhaps some local media isn’t worth saving, should the industry see some outlets tank following years of being both dishonest and refusing to keep up with media market trends. Few local news outlets are honest, and they merely serve as local surrogates for left-wing national news organizations.

They’ll spend the A-block telling you about local stories and then the C-block pushing leftist narratives sent to them from their corporate overlords.

When was the last time you clicked on the Facebook page for one of your city’s news outlets and got the feeling that the people authoring the posts and creating the content were on your side?

Local media outlets, by and large, are staffed by anti-American college graduates from somewhere not near your neck of the woods, and many of these people hold their country and their audiences in contempt — especially in markets that are full of conservative voters.

If you’ve never worked in local media, you might not know that so many of these companies do not have a mission to tell the unabated truth. These companies, from an editorial standpoint, can’t see past their mission to long game their viewers through a strategy to slowly normalize leftist radicalism being pushed by the national establishment media mothership.

The same goes for local newspapers, which rely on biased wires from The Associated Press and others when they run out of subtle ways to slant their local coverage. “Local” media is almost entirely dependent on leftist national and multi-national media conglomerates, and the people who operate them loathe you if you don’t vote for Democrats.

Local news is failing because people don’t connect with out of touch, leftists transplants telling their community’s stories, and because the industry as a whole hasn’t been able to adapt to a changing media landscape.

If Democrats get their way, these companies will go from being biased private enterprises to being government-subsidized pro-Democrat agenda sleeper cells in communities everywhere.

Let the community journalism figure it out or fail. We certainly shouldn’t give these enterprises billions of dollars which is earmarked for “infrastructure” so they can go on lying to people.

This is the nefarious aspect of the Democrats’ approach to infrastructure. Democrats are attempting to classify everything that might give them election advantages as essential infrastructure.

That now includes failing local media outlets, which are failing for a reason.

Turns Out NYT's Mara Gay, Who Was Disturbed by American Flags in NYC, is Also Very Bad at Math

Rubio Officially Has Challenger for His Third Senate Term