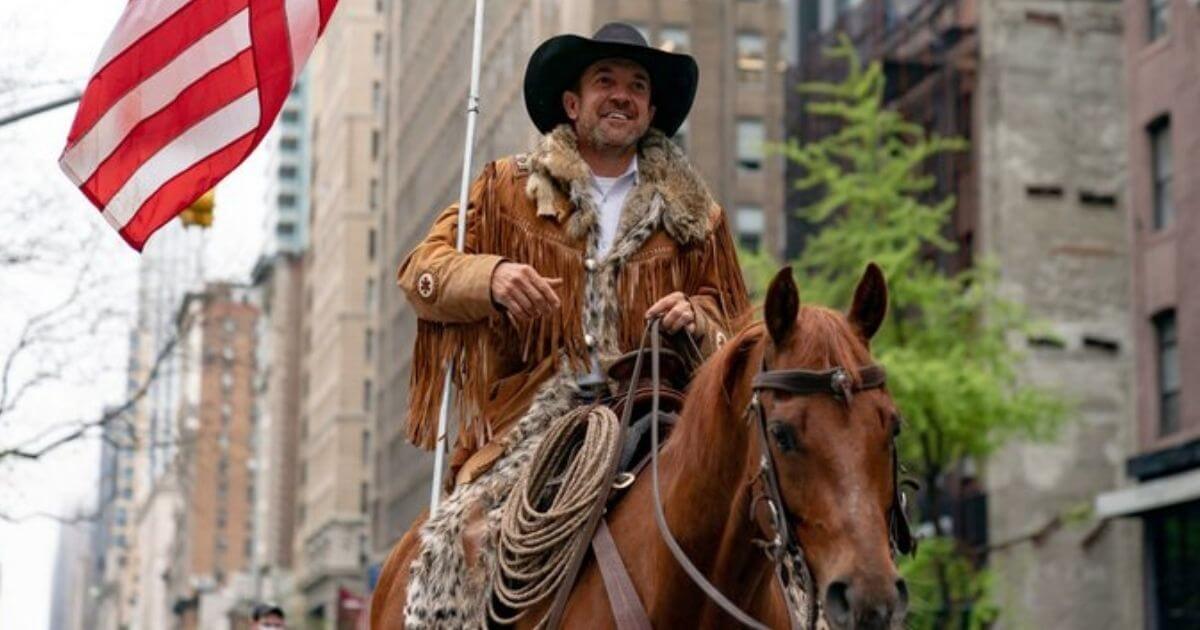 The leader of the group Cowboys for Trump is being held in isolation in a Washington, D.C., jail after refusing to take a coronavirus test.

Couy Griffin, a commissioner of Otero County in southern New Mexico, also has been refusing to meet with a court-appointed attorney or the judge handling his case, according to KVIA-TV in El Paso, Texas.

Griffin has been charged with participating in the Capitol incursion and was arrested on Jan. 17 after returning to Washington from New Mexico.

U.S. Magistrate Judge Zia Faruqui has threatened Griffin with contempt of court if he does not start abiding by the rules, KVIA reported Sunday.

“On January 17, 2021, law enforcement arrested the defendant. The defendant refused to take a COVID-19 test upon his admission to the jail. Doing so forced authorities to place the defendant in 14-day isolation to protect the prison population and staff from the risk of exposure,” Faruqui wrote in an order.

The judge said things got no better four days later.

“On January 25, 2021, an attorney for the D.C. jail informed the Court that they attempted to set up a call with the defendant and Mr. Smith that day,” the judge said, referring to court-appointed attorney David Smith. “During the call, the defendant refused to speak to Mr. Smith. The defendant then yelled at the officer who attempted to assist with the call and began banging on his cell door.”

“The defendant shall appear via phone or video on February 1, 2021 for his initial appearance. Neither he nor his counsel may waive this right. This matter will not move forward to a detention hearing until the defendant appears. Failure to comply with such order may result in a finding of contempt,” he wrote.

Faruqui noted that Griffin can end isolation any time he wants.

“Simply taking a COVID-19 test, something hundreds of millions of people have safely done across the world, will allow the defendant to exit isolation,” he wrote.

A court filing last week called for Griffin to be released, according to KVIA.

“If the government is not going to prosecute most of the 800 people who surged into the building, why should they continue to pursue Mr. Griffin, who didn’t even approach the entrance to the Capitol building?” the filing read. “By the time the court reads this, Mr. Griffin will have already spent over a week in solitary detention at the D.C. jail, which ought to be enough to punish him for his actions.”

A Justice Department affidavit said that in a since-deleted video posted to the Cowboys for Trump Facebook page, Griffin said that during the incursion he “climbed up on the top of the Capitol building and … had a first row seat.”

That video also contained comments about his plans for Inauguration Day, according to the affidavit.

“You want to say that that was a mob? You want to say that was violence? No sir. No Ma’am. No we could have a 2nd Amendment rally on those same steps that we had that rally yesterday. You know, and if we do, then it’s gonna be a sad day, because there’s gonna be blood running out of that building. But at the end of the day, you mark my word, we will plant our flag on the desk of Nancy Pelosi and Chuck Schumer and Donald J. Trump if it boils down to it,” Griffin said in the video, according to the affidavit.

He later told FBI agents that there was “no option that’s off the table for the sake of freedom.”

Comments Griffin made during an Otero County commissioners’ meeting also made their way into the affidavit.

“I am going to leave either tonight or tomorrow. I’ve got a .357 Henry big boy rifle … that I got in the trunk of my car, and I’ve got a .357 single action revolver … that I will have underneath the front seat on my right side. And I will embrace my Second Amendment, I will keep my right to bear arms, my vehicle is an extension of my home in regard to the constitution law, and I have a right to have those firearms in my car.”

Griffin’s attorneys said the weapons were for protection because Griffin faced threats. He left his guns in Pennsylvania, they said, and did not have them with him when he was arrested in Washington.

Prosecutors want Griffin held without bail, according to KVIA.

“The defendant has taken ‘nothing off the table’ in pursuit of his aims to ensure ‘Biden will never be president.’ The defendant’s inflammatory conduct, repeated threats, delusional worldview, and access to firearms makes him a danger to the community,” they said in a filing.