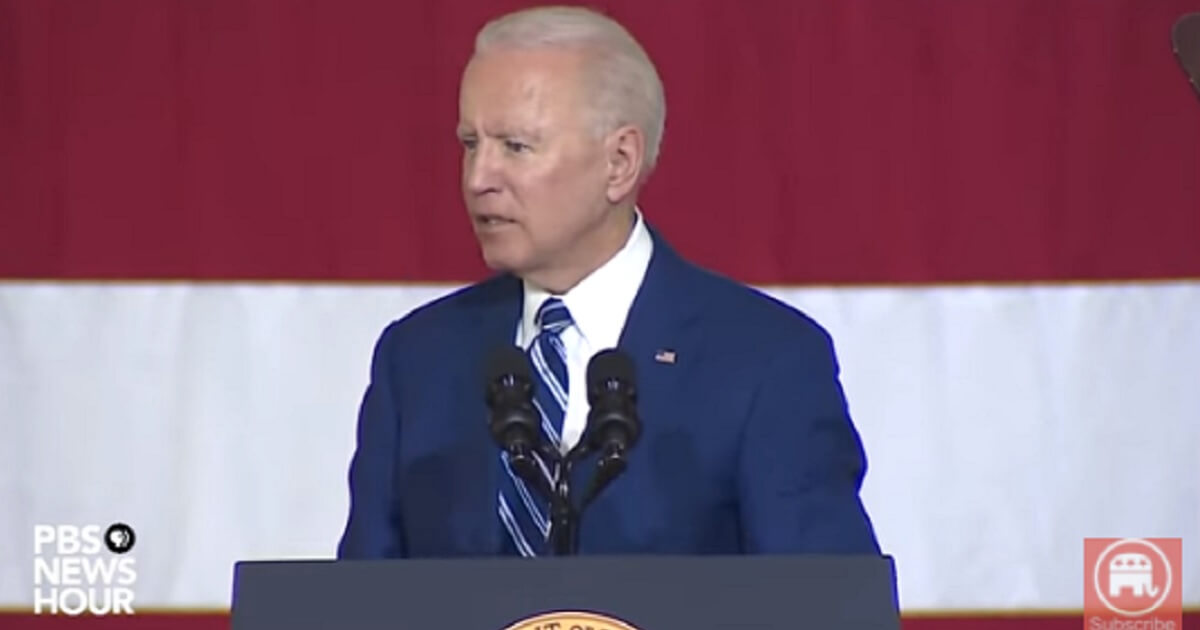 President Joe Biden has made more than his fair share of questionable comments that have been ignored by the establishment media. Now we can add another entry to the list.

During a Tuesday speech in which the president honored the victims of the Tulsa massacre on its 100th anniversary, Biden said that commercials have mixed-race couples in them because “they’re selling soap, man.”

“I challenge you, find today, when you turn on the stations, sit on one station for two hours, and I don’t know how many commercials you’ll see. Eight to five. Two to three out of five have mixed-race couples in them. That’s not by accident. They’re selling soap, man.”

BIDEN: “You turn on the stations… I don’t know many commercials you see… two to three out of five have mixed race couples in them. That’s not by accident. They’re selling soap, man.” pic.twitter.com/91OisGgIX1

The crowd erupted in laughter before being told that the statement was “not a joke.”

You’d be forgiven for laughing. While it’s unclear exactly what the statement was supposed to mean, Biden may as well have said that diversity in advertising is a corporate ploy to move products.

Needless to say, if former President Donald Trump had made such a comment, the left would have hounded him. The media would have wrung any number of “racist” implications out of the remark.

The headlines are easy to imagine: Trump Mocks Diversity in Another Attack on POC. Trump Pushes Crude Stereotype to Suggest Black People Need to Buy Soap.

Now, no one is batting an eye.

This isn’t the first time the establishment media has let Biden get away with tone-deaf comments.

In August 2019, Biden told an audience that “poor kids are just as bright and just as talented as white kids” before attempting to clarify the remark.

Last year, when a black reporter asked him if he’d taken a cognitive test, Biden responded with this:

“That’s like saying you, before you got on this program, did you take a test whether you’re taking cocaine or not? What do you think, huh? Are you a junkie?”

And who can forget his claim that African-Americans who don’t support him “ain’t black”?

Biden certainly has a penchant for making the sort of comments that would ruin a different (read: Republican) politician’s career, but the fact that the establishment media is so determined to run cover for the president is even worse.

This is yet another eyebrow-raising statement that leftists would like the public to forget about. Thanks to Biden’s loyal media lackeys, they probably will.

Fauci Should Be Under "Criminal Investigation" [Video]