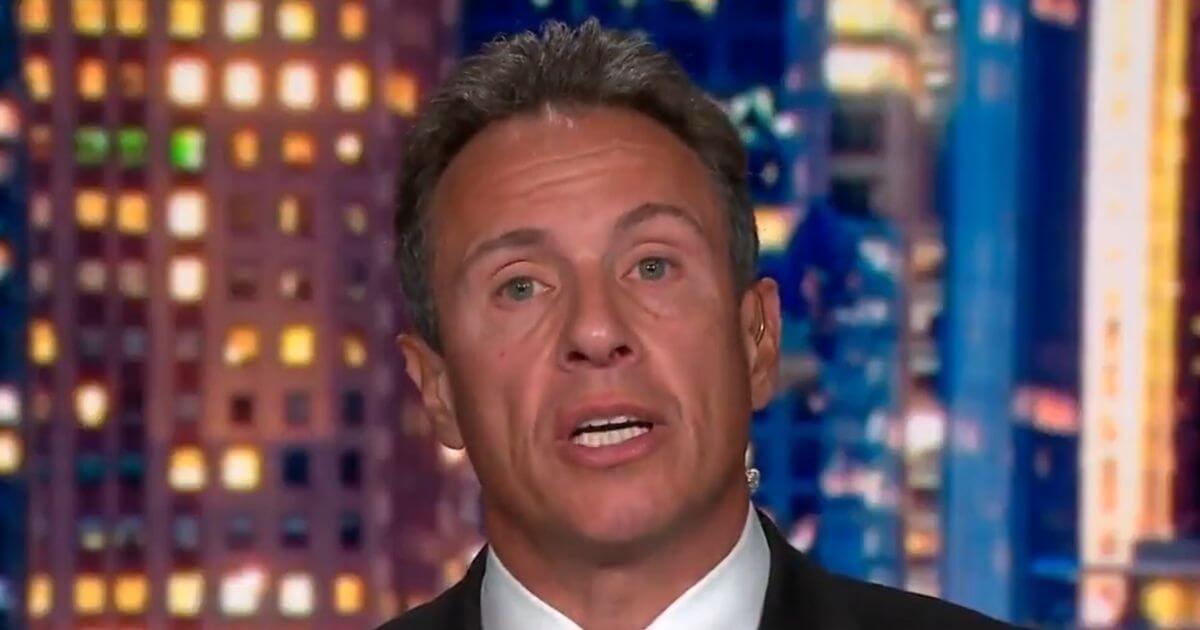 It was only a matter of time before CNN prime time host Chris Cuomo would have to address the explosive sexual harassment scandal that his brother, New York Gov. Andrew Cuomo, is currently embroiled in.

According to The Blaze, Chris Cuomo opened his Monday night show with a quick explanation as to why he can’t cover the developing story, but also to reassure his viewers that he’s well aware of the situation and that the network would continue its “extensive” coverage of the story as it develops.

And boy, did it develop last night. Cuomo’s opening came just hours after it was revealed that a third accuser came out against Gov. Cuomo, even providing text messages and photos that many believe could be the straw that breaks the camel’s back, as far as the governor making the decision to resign.

“Before we start tonight, let me say something that I’m sure is very obvious to you who watch my show, and thank you for that,” Cuomo began, adding “You’re straight with me, I’ll be straight with you.”

“Obviously I am aware of what is going on with my brother. And obviously I cannot cover it because he is my brother. Now, of course CNN has to cover it. They have covered it extensively and they will continue to do so,” he continued.

“I have always cared, very deeply, about these issues, and profoundly so,” the host concluded. “I just wanted to tell you that, there’s a lot of news going on that matters also, so let’s get after that.”

Some questioned why all of a sudden the governor’s brother wasn’t allowed to cover the hottest story in the country when, last year, he gleefully covered his brother’s handling of the COVID-19 pandemic.

Do you think Gov. Cuomo will resign?

Gov. Cuomo’s third accuser, Anna Ruch, who came out on Monday evening in a story first reported by the New York Times, accused the governor of inappropriate behavior during a wedding they both attended in September 2019.

Here’s an excerpt from The Times’ bombshell report:

When she removed his hand with her own, Ms. Ruch recalled, the governor remarked that she seemed “aggressive” and placed his hands on her cheeks. He asked if he could kiss her, loudly enough for a friend standing nearby to hear. Ms. Ruch was bewildered by the entreaty, she said, and pulled away as the governor drew closer.

“I was so confused and shocked and embarrassed,” said Ms. Ruch, whose recollection was corroborated by the friend, contemporaneous text messages and photographs from the event. “I turned my head away and didn’t have words in that moment.”

As many predicted, once the proverbial floodgates open in a sexual harassment accusation against a high-profile person, there’s usually many more to come. A number of pundits on both sides of the political aisle now believe that Gov. Cuomo’s days in office are numbered, as a resignation will likely be the only way out for him.

"The United States is Great,,,That's What We've Forgotten Here"