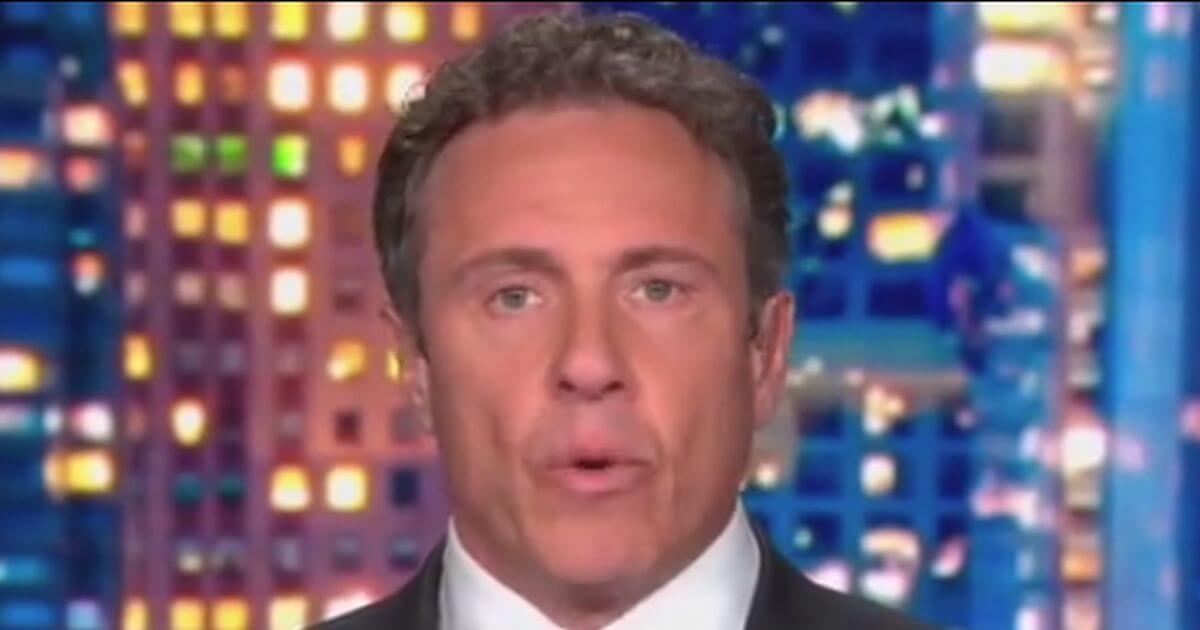 According to an age-old proverb, you should be careful what you wish for — because you just might get it.

Look at CNN, whose ratings are in freefall now that former President Donald Trump is no longer in office.

After spending four years trying to oust Trump, the left-wing cable network is imploding as its favorite target is no longer providing a focal point for around-the-clock smears.

The Hill’s media columnist, Joe Concha, noted that CNN’s ratings have plunged a whopping 66 percent in the three months since Trump left the White House and Joe Biden was installed as president.

“The drop CNN is experiencing is profound,” Concha tweeted. “On Friday, not one program broke 900K total viewers.”

Concha noted that CNN’s primetime ratings — which averaged a healthy 2.74 million viewers in January — tanked by more than two-thirds as of last week, to a meager 799,333 viewers.

The numbers clearly show that the network is getting destroyed by Fox News in both total viewership and among the key demographic of viewers ages 25-54.

The drop CNN is experiencing is profound. On Friday, not one program broke 900K total viewers. Prime averaged less than 800K overall.

For comparison, the network averaged 2.74 million viewers in January, so we’re talking about more than two-thirds of the audience – gone. https://t.co/a4f14QXStm

And it doesn’t appear that CNN’s ratings slump will change anytime soon.

According to the latest polling by Rasmussen Reports, 42 percent of likely voters said they watch Fox News regularly.

CNN Viewership Tanks Without Trump in the White House https://t.co/fslckdwid7

Among the biggest ratings casualties of the past three months was CNN’s anti-Trump commentator, Brian Stelter.

His struggling weekly show, the ironically named “Reliable Sources,” has been sputtering with its dwindling audience.

“Stelter’s show averaged a dismal 143,000 viewers among the key demo of adults age 25-54 on May 9, its smallest audience of the year in the category,” Fox News reported Wednesday.

“The beleaguered ‘Reliable Sources’ managed to pull in 829,000 total viewers, which is its second-lowest turnout of the year but up slightly from 810,000 total viewers that tuned in for the show’s smallest audience of the year on May 2. Stelter’s ‘Reliable Sources’ has now set yearly lows in the cable news industry’s two most important categories during back-to-back episodes.”

CNN’s post-Trump ratings collapse is no surprise to many people. The left-wing network obsessively attacked Trump during his presidency because he was a ratings cash cow — even if it meant spouting dubious “news” stories such as the Russia collusion hoax.

Bonifield explained that cable news simply cannot compete with the networks for ratings, so they have to hustle for viewers by pushing over-the-top partisan narratives.

“Cable news isn’t The New York Times, and it’s not even like NBC News,” he told Project Veritas. “NBC News still gets 20 million viewers a night. Cable news is getting a million. So, [CNN’s] gotta do what they gotta do make their money.”

Of course, constantly pushing left-wing propaganda severely undermined CNN’s credibility, which is partly why its ratings have plunged. Even many liberals view the network’s content with a boulder of salt.

Bonifield’s comments echoed the observations of legendary journalist Ted Koppel, a liberal who torpedoed CNN for its nonstop negative coverage of Trump.

In 2018, Koppel — a former ABC News anchor and winner of 25 Emmy Awards — warned that the network’s ratings would crater without the brash billionaire in the White House.

The broadcasting icon made the bold prediction during a panel discussion at the National Press Club.

He told panelist Stelter that CNN needed Trump because he was its ratings holy grail and that it obsessed over him because it wants “money, money.”

Fast-forward to today, and it turns Koppel was 100 percent correct.

Even out of office, Trump is getting the last laugh by silently destroying his “fake news” foe CNN.