Bill Maher Says U.S. Has Lost To China Because of U.S. “Wokeism” and “Culture Wars” 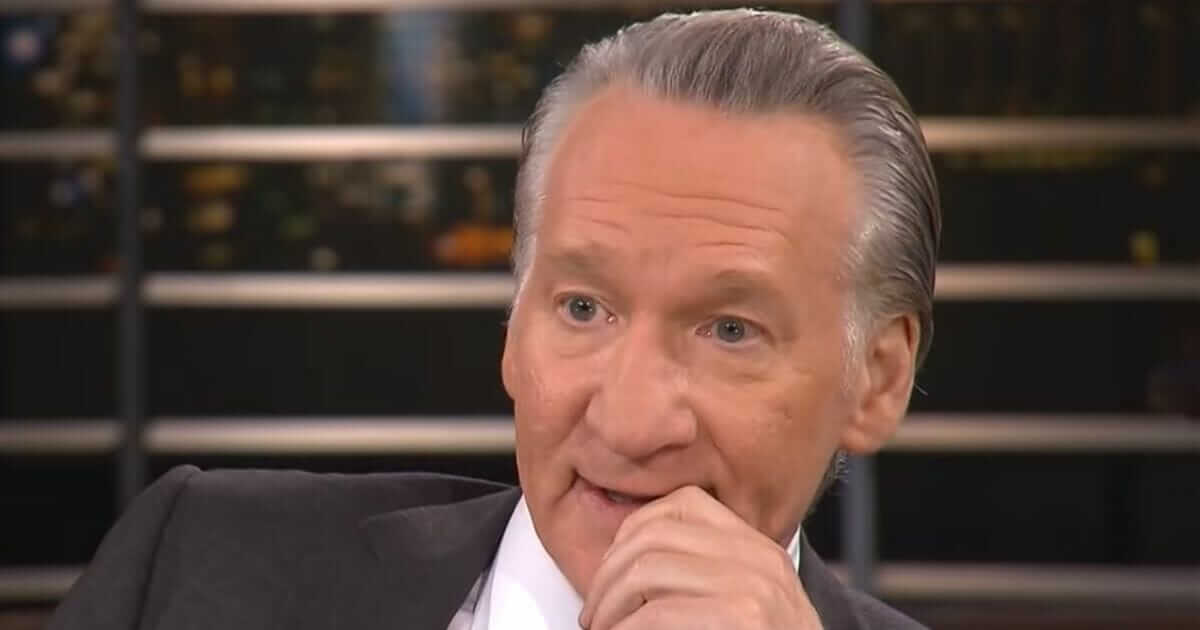 Bill Maher stands against his leftist colleagues in a rant on his HBO show calling Americans a “silly people” that are losing the battle for the 21st Century. He uses the famous line from Lawrence of Arabia to prove the point that Americans – intent on “staying a bunch of squabbling tribes” – will “remain a silly people.”

Maher said, “Do you know who doesn’t care that there is a stereotype of a Chinese man in a Dr. Seuss book? China.” The HBO host said that “all 1.4 billion [Chinese] could give a crouching tiger flying f**k because they are not a silly people.” He said that Chinese people wouldn’t care about this because they are “serious as a prison fight.”

The host said that China “does bad stuff” as he lightly touches on the horrific human rights abuses happening the China’s Uyghur population, saying, “they put Uyghurs in camps and punish dissent.” Maher said that Americans “don’t want to be [China], but there’s gotta be something between an authoritarian government – that tells everyone what to do – and a representative government that can’t do anything at all.”

HBO’s Bill Maher says the U.S. has lost to China, arguing the CCP became more dominant on the world stage as the U.S. argued over “wokeism” and “culture wars.” pic.twitter.com/Ix7jDGHA71

His ultra-liberal crowd is sticking with him still at this point, wildly clapping for the “crouching tiger” comment and his views on our ineffective government. Maher claims that Americans are widely ignoring China’s dominance in 5G, pharmaceuticals, infrastructure. “Half the country is having a never-ending “woke” competition deciding [what gender Mr. Potato Head will be] and the other half believes we have to stop the lizard people because they’re eating babies. We are a silly people,” retorts Maher.

TRENDING: Fauci Moves The Goalposts AGAIN: ‘I Can’t Tell You’ When People Will Ever Be Able to Plan Indoor Weddings Again

“Nothing ever moves in this impacted colon of a country,” says Maher as he remarks that our government can’t handle fixing the problems that Americans agree on because “we see a problem and we ignore it; lie about it; fight about it; endlessly litigate it; sunset clause it; kick it down the road, and then write a bill or a half a** solution that doesn’t kick in for ten years.”

China, on the other hand, “fixes it,” claims Maher. “China sees a problem, and they fix it. They build a damn. [Americans] debate what to rename it.” Is it lost on Maher that his show – that champions only one thought – is a large part of the wide divide? He spends hours a week lying about those that think differently than him and wonders why everyone stays to their side.

I suppose I shouldn’t bash the man speaking sense to the masses of senseless Americans that tune into his show. I perhaps should extend Maher some grace for using his platform to share some truth. After all, I don’t really care who is responsible for waking Americans up to the threat of China as long as Americans wake up.

Maher: “We’re not losing to China. We lost. The returns just haven’t all come in yet. They made robots that check your kids’ temperature and got their a**es back in school. Most of our kids are still pretending to take Zoom classes while they watch Tik Tok and their brain cells slowly commit ritual suicide. As George Bush once said: ‘Is our children learning.’

There is a progressive trend now to sacrifice merit for equity. Colleges are chucking the SAT and ACT test, and in New York, Mayor DeBlasio announced ‘merit’ would no longer decide who gets into the schools for advanced learners, but rather a lottery system.

You think China is doing that – letting political correctness get in the way of nurturing their best and brightest? You think Chinese colleges are offering courses in ‘The Philosophy of Star Trek;’ ‘The Sociology of Seinfeld’ or ‘Surviving the Coming Zombie Apocalypse.’ Those are real [classes offered at U.S. universities], and so is China. And they are eating our lunch.”