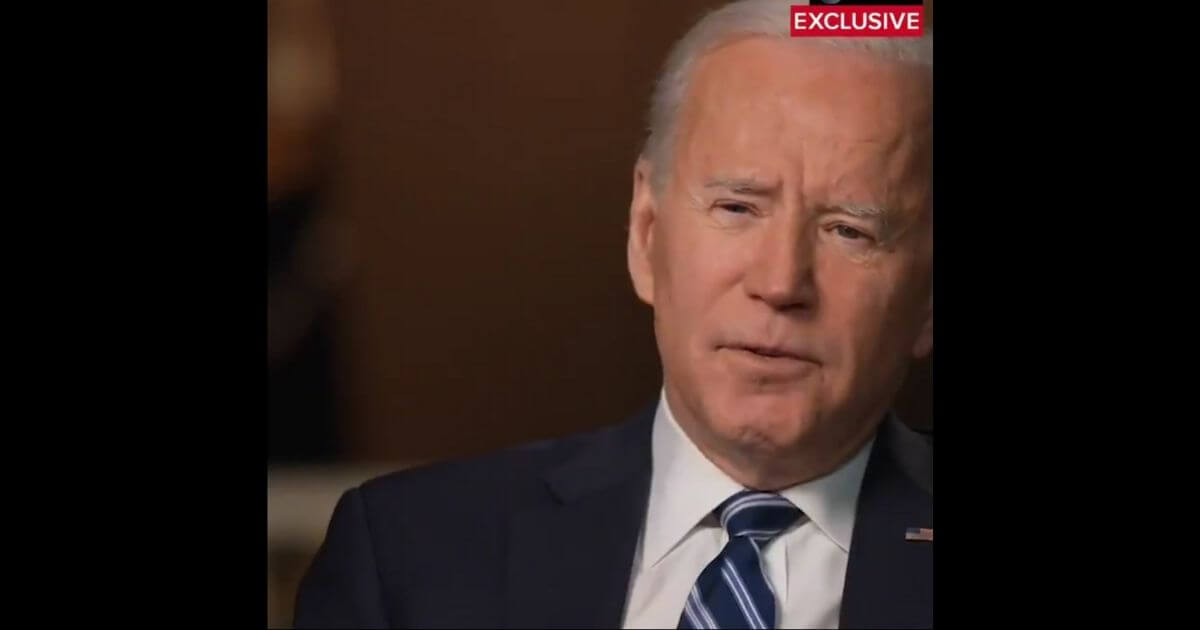 Biden joined the far-left network to discuss mounting accusations of sexual improprieties against the governor, whom Biden said should resign if an investigation concludes he was inappropriate with women. Neither Biden nor Stephanopoulos touched on Cuomo’s additional COVID-19 nursing home deaths scandal in New York. Biden, though, had plenty to say about Cuomo’s female accusers.

Biden took the “believe all women route,” while not mentioning that his own accuser, a former Senate staffer named Tara Reade, never had her day to be believed after last year, she accused Biden of sexual assault while the two were alone in Washington in 1993.

Biden did deny her accusation last spring, and that denial was sufficient for the corporate media and for people like Stephanopoulos.

Reade, meanwhile, remains hanged out to dry by the #MeToo movement and Democrats who suddenly demanded due process when their party’s presidential nominee was accused of forcing himself on a young woman. Biden has also let the scandal slip away while not demanding justice.

But with regard to Cuomo’s harassment accusers, the president had plenty to say.

On Cuomo potentially resigning, Biden agreed the governor should call it quits depending on the outcome of the investigation, and added: “I think he’ll probably end up being prosecuted, too.”

Biden then seemed to lose his place mid-sentence in a follow-up statement where he attempted to convey a message about Cuomo’s future when asked, “Can [Cuomo] serve effectively?”

“Well, that’s a judgment for them to make abouhesberday can be effective,” he stated.

Watch closely beginning at around the 0:28 mark in this clip from the interview:

EXCLUSIVE: @GStephanopoulos on Gov. Andrew Cuomo: “If the investigation confirms the claims of the women, should he resign?”

Biden’s jaw also snapped to his right as he uttered the incoherent word. “Abouhesberday” is a word that cannot be found in any English language dictionary. Queries for international uses of that word also unearth no findings of it being part of any language.

This, of course, brings us back to Biden’s recent and troubling issues with syntax — not to mention his memory. Biden did appear sharp in the final cut of his ABC News spot Tuesday, but editing can do wonders for people who don’t naturally woo cameras. There could have been other “abouhesberday” moments that we’ll never know about.

Even ABC apparently felt the need to cover up for Biden, providing a blatantly inaccurate transcript of the sentence in question. According to the outlet’s transcript, Biden said, “Well, that’s a judgment for them to make — whether he can be effective.” Even one viewing of the clip would show this sentence does not come close to what the president said.

But we have always known of the establishment media’s relentless efforts to portray Biden in a positive light.

The point is, Biden has been dogged by speculation that he’s suffering from a decline in cognitive health, and such speculation is not coming from the fringes of the internet. Ignoring the fact that Biden’s former stenographer last year stated that the president has lost 50 percent of his cognitive capabilities in recent years, our own eyes and ears are enough to tell us that something is off with the 78-year-old.

What that issue might be, for now, is between Biden and his doctor.

But what’s troubling is that our country is now struggling with rising fuel costs, a bleak outlook with regard to jobs and an all-out humanitarian crisis that Biden’s administration has created on the border with Mexico. Despite these and other unnecessary issues, Biden hasn’t spoken to reporters to address their questions in a formal setting since taking office two months ago.

Perhaps moments like the one with Stephanopoulos are why.

Biden seems to struggle with moments where he must think on his feet. A venue such as a formal media briefing might presumably expose the public to a man who is unable to speak clearly, succinctly and genuinely.

Do you think Kamala Harris will become President before the end of Biden’s first year?

The questions are certainly piling up as this man makes a mockery of American domestic and foreign policies. On his scheduled upcoming March 25 media briefing, will Biden be able to answer questions in a way that calms the public with concerns about his policy positions and their negative impacts on their lives?

We’ll know more next week. For now, if you watched that clip above and have questions about whether Biden is capable of leading a global superpower, you’re not alone.

What we’re all witnessing is not normal.

Editor’s Note: Several staffers in The Western Journal newsroom listened to this clip. While one editor believed Biden’s exact quote to be, “Well, that’s a judgment for them to make about their state where they can be effective,” the majority of other editors who listened to the interview several times could not discern what word(s) Biden was attempting to communicate.