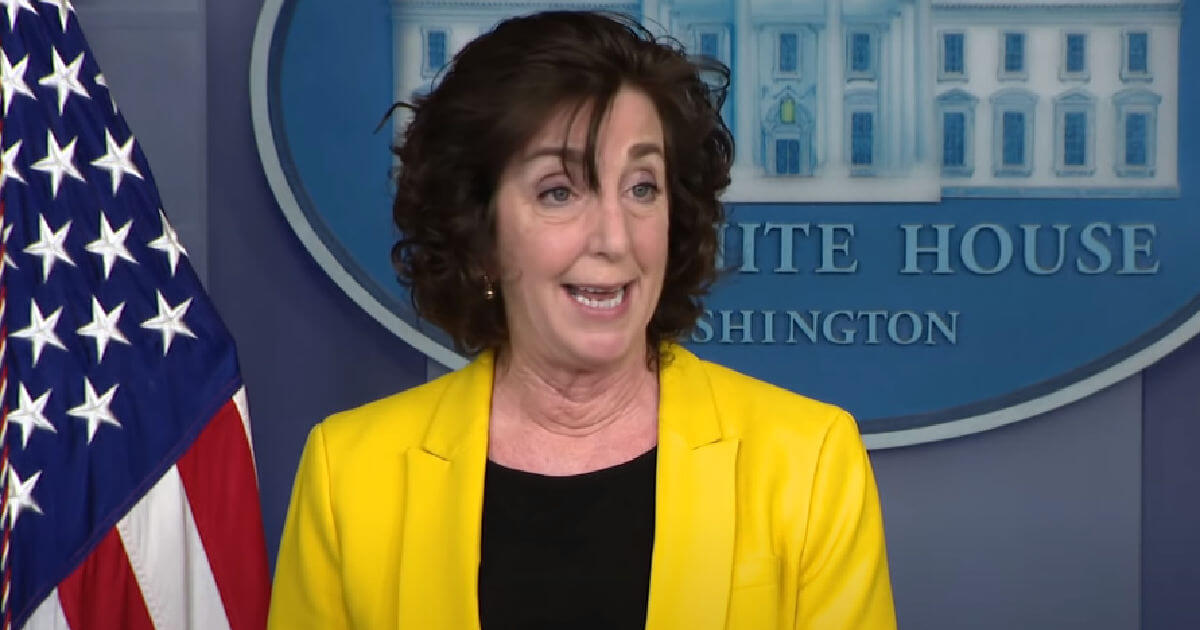 President Joe Biden and his administration are already looking like one of the most incompetent administrations in the history of the United States, and that’s saying something. I’d rather have Jimmy Carter back at this point.

According to Breitbart, that incompetence was on full display again this week as one of Biden’s top advisers, White House National Security Council adviser Roberta Jacobson, attempted to be super cool and switch her messaging from English to Spanish and ended up telling illegal immigrants that the U.S. border is “not” closed.

One would assume that a member of the president’s inner circle would be competent enough to not deliver the exact opposite messaging that she appeared on television to deliver, but this is Biden’s America, so it’s not a huge surprise.

During a briefing on Wednesday, Jacobson decided to look as cool as possible and switch her language from English to Spanish, saying “la frontera no esta cerrada” (the border IS NOT closed), when she was supposed to say the exact opposite — which came at perhaps the most critical time during this ongoing border crisis.

Even more embarrassing, awkward and sad is the fact that she didn’t even know what she said until she was later corrected after being handed a slip of paper by a staffer which presumably informed her that she delivered the wrong message — a very, very, stupidly wrong message.

TRENDING: Dem Rep Eleanor Holmes Norton Turns on Her Own: Lack of Attack on March 4 Proves ‘Congress Is Afraid Of Its Own Shadow’

She then corrected her previous botched translation, saying “la frontera esta cerrada” (the border IS closed).

Biden’s border czar, Roberta Jacobson, fixed her comment, made in Spanish, that the border is not closed — after an aide handed her a note as she spoke during White House press briefing. https://t.co/YWY20NkSpR

A quick social media search and it was clear that the media completely (and presumably purposely) ignored the flub.

Mark my words, had a member of former President Donald Trump’s staff or Cabinet made a similar mistake, there would have been breaking news alerts all over the mainstream media and hours of criticism to follow. You and I both know it’s true.

White House press secretary Jen Psaki was asked about the glaring mistake, but defended it by suggesting that migrants should know that the message is that the border is closed, except that’s not accurate as thousands of them flood the border each and every day. Psaki clearly didn’t want to admit that there are even more incompetent people in Biden’s White House than we originally believed.

“Well, given she also said that the border is closed, we’re hopeful that that is what will be picked up. And that has clearly and consistently been our message,” Psaki said.

This honestly wouldn’t even be a big deal if America wasn’t facing the most intense and most dangerous immigration crisis in recent history, but that’s where we are now, and there’s no room for mistakes as far as messaging coming out of the White House.

Democrats Managed To Sneak $60 Billion in Tax Hikes Into COVID Relief Bill -- Where Was the GOP?

Jen Psaki Tries to Laugh Off Question from Fox's Peter Doocy, He Doesn't Let Her Get Away with It