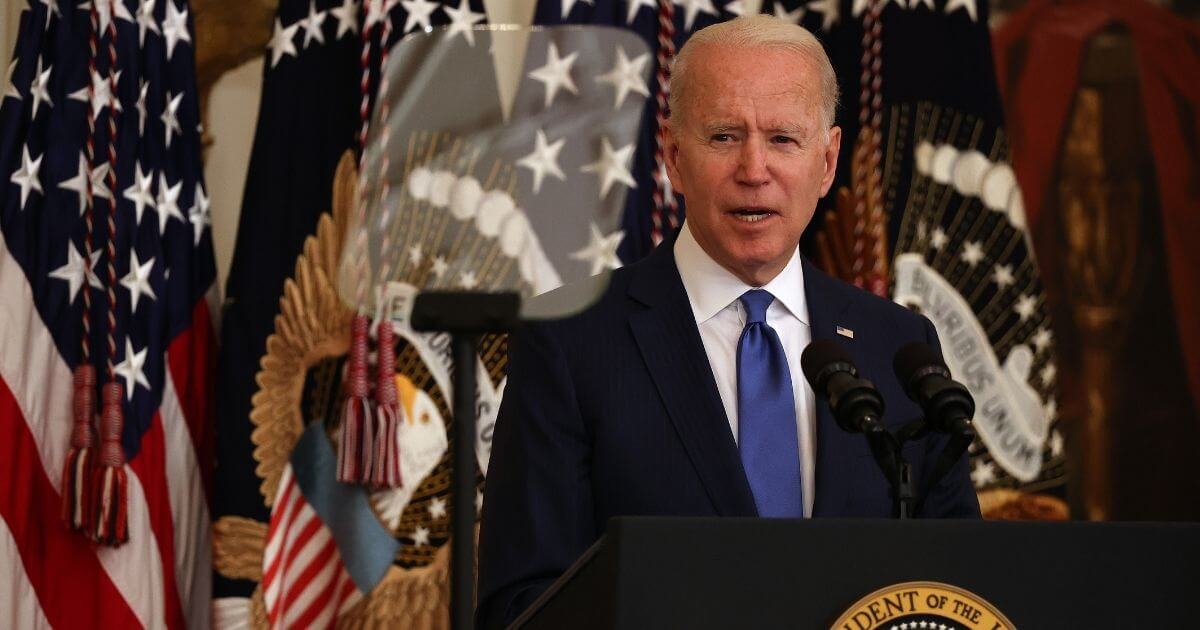 President Joe Biden and Treasury Secretary Janet Yellen are not seeing eye to eye on the future of inflation.

Following a speech on Monday, Biden attempted to ease concerns about rising inflation in the coming months.

“There’s nobody suggesting there’s unchecked inflation on the way, no serious economist,” he said, according to the Washington Examiner.

“Look, the stock market is higher than it has been in all of history.”

During an interview with CNBC reporter Sara Eisen on “Closing Bell” on Thursday, the secretary said that the current outlook is not positive.

“I think we will have several more months of rapid inflation,” Yellen said.

“So I’m not saying that this is a one-month phenomenon. But I think over the medium term, we’ll see inflation decline back toward normal levels. But, of course, we have to keep a careful eye on it.”

You have two options:

1. Biden is senile.
2. Biden is saying his treasury secretary is not a serious economist.

Does Biden not think Yellen is a serious economist? Perhaps, but they clearly do not publicly share the same view on the issue.

In June, consumer prices in the United States increased by 0.9 percent — the highest increase since 2008, Reuters reported.

The rise in prices is primarily due to the post-lockdown economic recovery, with everything from motor vehicles to groceries being impacted.

Supply chains are dealing with the sudden surge in demand for goods, and those higher prices are being passed onto the average person.

“You have to pass [those extra costs] on [to consumers] or you’re not doing your duty to God, your country, your employees and your company.”

Higher costs are already becoming a burden on American consumers, and it appears to only be getting worse.

The comments made by Biden just days after Yellen gave her analysis show that the White House is not being honest with the public about what is really going on economically.