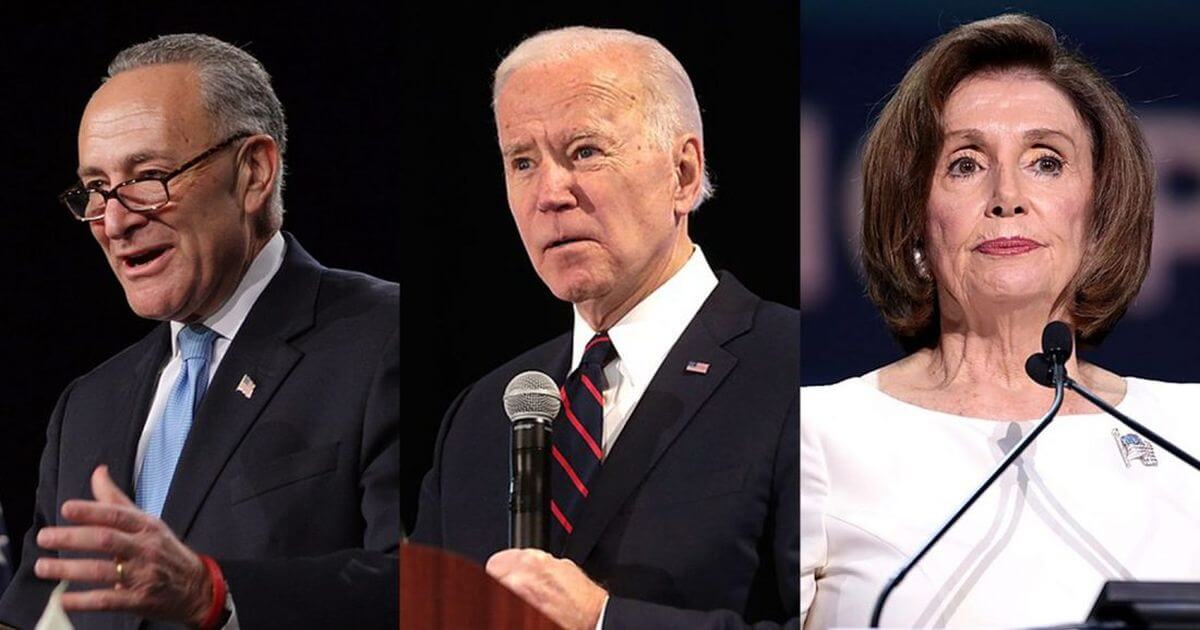 The Democrats are masters of self-sabotage.

In yet another attempt at virtue-signaling to the masses, President Joe Biden said in his first solo news conference that the filibuster is a “Jim Crow relic” in solidarity with former President Barack Obama.

The president also said that the procedure is “being abused in a gigantic way,” according to an official White House transcript of his remarks. But that statement requires some context.

Fox News’ John Roberts tweeted Friday that last year, while Republicans only used the filibuster once, Democrats used it “327 times.”

After @POTUS @JoeBiden denounced the rampant abuse of the filibuster last year, we did some digging. Republicans used it once. Democrats used it 327 times. @FoxNews

Somehow, the filibuster is implicitly racist even while Democrats have used it hundreds of times when they were the minority party in the Senate?

On top of this clear contradiction, Biden made his support for the filibuster clear in 2005.

During a speech on the Senate floor, Biden argued against the “nuclear option” of abolishing the filibuster of judicial nominees, saying, “[getting] rid of the filibuster has long-term consequences.”

“If there’s one thing I’ve learned in my years here, once you change the rules and surrender the Senate’s institutional power, you never get it back.”

But now, the filibuster is a relic of Jim Crow we must abolish, lest we revert to our pre-enlightened selves. Would that make Biden and every one of his Democratic colleagues who’ve used the filibuster rampant and unrepentant racists?

Members of Congress also believe as much and have begun to stand against Biden’s claims. Republican Sen. Tim Scott of South Carolina described in a Fox News interview on Friday how Democrats used the filibuster to stop his police reform bill from being voted on.

Scott said of the moment his bill was blocked, “It was a frustrating, irritating moment where the Democrats used a filibuster to block police reform that would’ve positively impacted — disproportionately — African-American communities.

“Here’s what we know about the Democrats: They were for the filibuster before they were against the filibuster. I keep asking myself, will the real Chuck Schumer please stand up?”

Whereas both Obama and Biden formerly supported the filibuster, Scott said, “Now of course, they use the word ‘racist’ whenever they’re trying to scare people into their corner.”

“It has nothing to do with race, but they don’t care.”

Scott is absolutely right. Rather than focus on drafting the bipartisan legislation as he promised, Biden is now attempting to use scare tactics in order to convince people of his position.

It’s deceptive and despicable, but it’s also what Americans have come to expect from the Democratic Party.