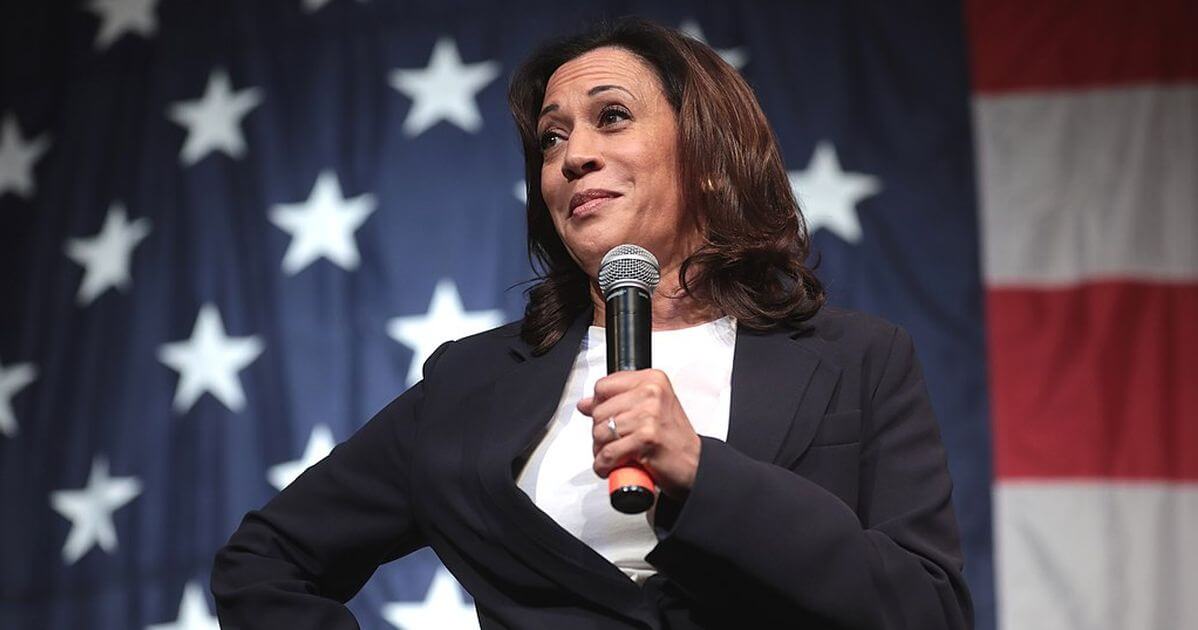 While millions of struggling Americans are unemployed amid the pandemic, Kamala Harris has more important concerns: She’s upset that her taxpayer-funded vice presidential mansion hasn’t been renovated yet.

Because of renovation delays, Harris has had to make do with the living in the palatial Blair House, the sprawling 70,000-square-foot presidential guest quarters across the street from the White House.

“She is getting frustrated,” CNN quoted an administration official as saying Sunday. So far, an exact move-in date has not been scheduled.

It’s unclear why the renovations are taking so long, but several people close to Harris told the outlet she’s fuming because she has been unable to move into the vice president’s mansion, a picturesque six-bedroom, 9,150-square-foot residence on 13 acres of gated property.

In its nauseatingly fawning article, CNN cooed that Harris likes to cook and lamented that she has been unable to indulge her hobby because she’s living a deprived, hard-knock existence at Blair House.

It defies logic that Harris insiders thought it was a good idea to leak her tone-deaf frustrations about her lavish housing situation when millions of Americans are unemployed, homeless or unable to pay their bills thanks to the mass coronavirus shutdowns rabidly pushed by Democrats.

Currently, 4 million Americans are considered “long-term unemployed,” which means being jobless for more than six months.

According to the February jobs report, 4.1 million Americans remain unemployed more than six months after being laid off.

That’s a spike of 3 million, or 300 percent, from last year, when President Donald Trump was in office.

Even left-wing NPR sounded the alarm on the grim state of the U.S. economy earlier this month.

“Those who are long-term unemployed accounted for 41% of all unemployed people in the United States — levels not seen since the height of the Great Recession,” NPR reported.

Budd Johnson, a bus driver at the University of Delaware, was laid off last year when classes went virtual. He told NPR he loved his job because he liked working in the bustling college atmosphere.

It’s unclear if or when he’ll get his old job back since most university campuses remain shut down for in-class learning, so Johnson has been forced to subsist on his meager savings and depend on food banks to survive.

“I eat two meals a day instead of three,” Johnson told NPR. “I do go to the food pantry and get food from them.”

Contrast this American’s existential struggle with Harris’ ungrateful, entitled whining, and you get a clearer picture of who she really is.

Last week, Harris cackled maniacally when asked if she planned to visit the southern border, which is being flooded with illegal aliens every hour of the day.

Despite the criticism of her callous snickering, President Joe Biden put Harris in charge of managing the unprecedented border crisis he caused with his reckless rhetoric and destructive policies.

As America buckles under the relentless siege of unvetted migrant caravans, media-stoked race wars and political plotting by foreign adversaries, Harris will be busy decorating her taxpayer-funded kitchen and curling up next to her publicly subsidized fireplace.

Trump Finally Blasts Dr. Birx and Dr. Fauci for Trying to "Reinvent History" With "Self-Promoting" Swipes at Him