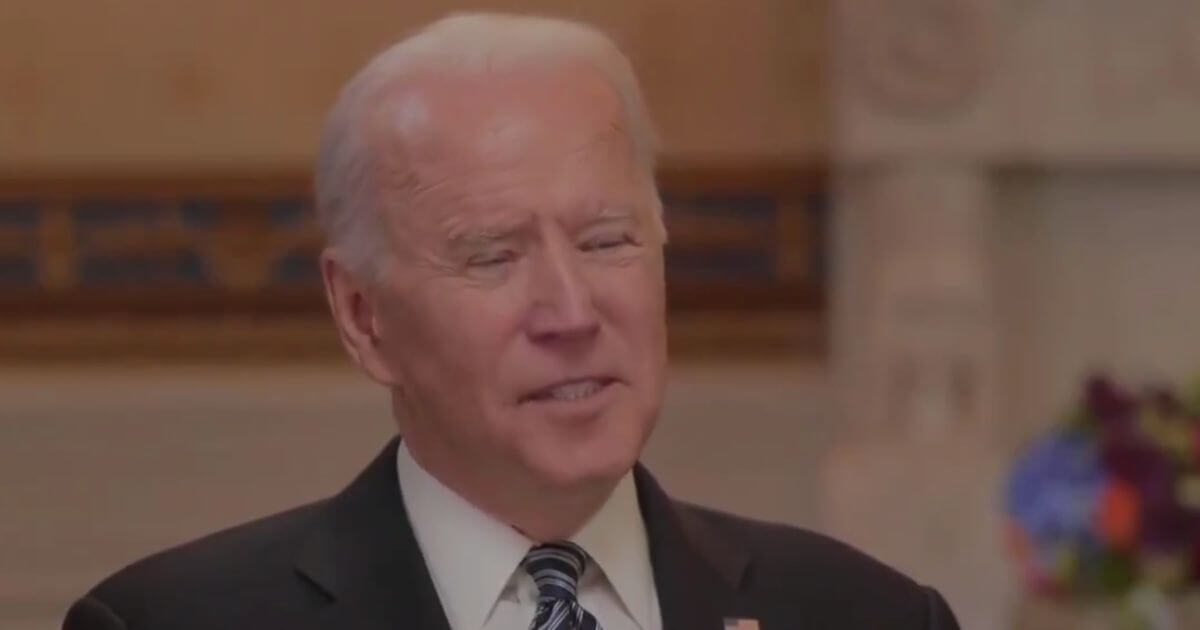 Nearly 60 percent of Americans will end up paying higher taxes as a result of President Joe Biden’s proposed tax plan, even though he has repeatedly claimed his tax hikes won’t affect anyone who earns less than $400,000 a year.

Several tax experts say the 78-year-old Democrat is parsing words because the end result is that most Americans of all income levels will feel the pinch of his tax increases.

“Biden is trying to play the class warfare game by raising corporate taxes and other business taxes that he says will only affect the wealthy,” David Williams, the president of the Taxpayers Protection Alliance, told the Daily Mail on Monday.

“The truth is that these taxes will be felt by everybody,” he underscored.

Williams was reacting to an analysis by Howard Gleckman of the Tax Policy Center, a nonpartisan think tank.

The report concluded that “most households” will end up paying more in taxes in 2022 even though Biden’s tax plan supposedly only raises taxes on corporations and high-earners.

“About three-quarters of middle-income households would face a tax increase averaging about $300,” Gleckman wrote. “But nearly all would be a result of those higher corporate taxes.”

Some gullible Americans foolishly believe that raising taxes on corporations does not affect them because they don’t consider the trickle-down effect of these measures.

The fact that you’re not directly taxed does not mean you won’t feel the fallout effect of corporate tax hikes. Why? Because corporations pass down the extra costs to consumers by raising prices.

“So, yes, technically raising the corporate rate is a tax on business so Biden can say that he didn’t raise taxes on the Middle Class, but realistically it will be the Middle Class paying the tax.”

Williams said the fact that Biden’s tax plan is floundering in Congress suggests that politicians on both sides of the aisle understand that it’s not good for the vast majority of Americans.

These data contradict Biden’s false narrative that his tax hikes would only affect corporations and households earning more than $400,000 a year.

As it is, Biden’s proposed tax plan has been under fire from all sides for months.

Three months ago, the Committee to Unleash Prosperity, an economic advocacy group, said if Democrats get their way, millions of Americans should “get ready for 70% tax rates.”

In its March newsletter, the group warned that Biden’s tax hikes on corporations and high earners would have a catastrophic impact on lower-income Americans and would destroy 159,000 jobs.

Slapping sky-high taxes on corporations is a surefire way to drive those businesses out of your city, state or even the country. This is bad for local economies.

Instead of raising taxes on Americans, the Biden administration should stop wasting taxpayer money on subsidizing the countless illegal aliens who break federal laws to sneak into the country every day.

The White House should also stop giving away billions of dollars every year to countries that hate us and stop financing pseudoscientific “research” projects that don’t help anyone.

Ever wonder why a lizard waddles when he walks? Well for one and a half million taxpayer dollars, NSF had lizards walk on a treadmill while taking x-rays of their joints – What did they discover? That they need more taxpayer money before they could conclude any answer. pic.twitter.com/vi1yPYVM1N

For decades, politicians have flippantly treated tax dollars as an unending gravy train without having to account for what happens to the trillions collected from American workers every year.

We can no longer afford to be so frivolous. The U.S. economy is still struggling and the country is buckling under the weight of wasteful spending, reckless domestic and foreign policies and false narratives.