Wyoming Voters Tell CNN What They Really Think Of Liz Cheney: “She’s done us dirty, she has been an embarrassment” 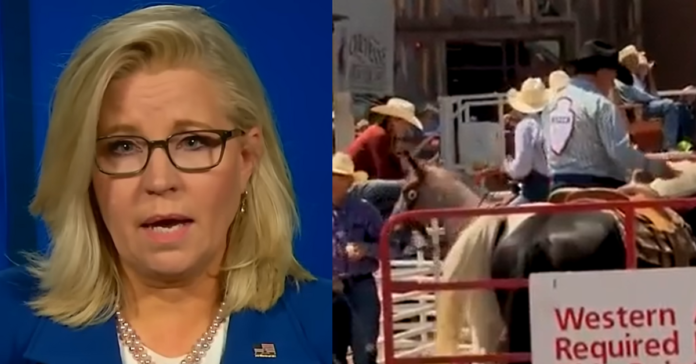 CNN doomed GOP Rep Liz Cheney in a segment that showed how far she has fallen in the eyes of Wyoming voters.

CNN’s Randi Kaye said: “At Frontier Days in Cheyenne, Wyoming, we found plenty of Republican voters bucking the Cheney name, and vowing not to support Congresswoman Liz Cheney for a fourth term.

“Are you planning to vote for Liz Cheney?” Kaye asked voter Sharon Tuggle who said, “Hell no, she’s done us dirty. Look at how she’s done Trump. She is supposed to be supporting him. She is a Republican, for crying out loud.”

CNN: “Here in Cheyenne, more than 1600 miles from Washington, almost everyone we spoke with told us they believe Liz Cheney is too focused on Donald Trump and the January 6th committee and not paying enough attention to what they believe matters to the people here in Wyoming.” pic.twitter.com/fpV63S8Mln