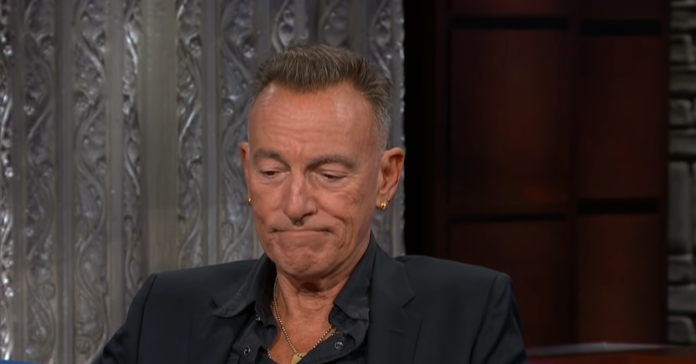 “In pricing tickets for this tour, we looked carefully at what our peers have been doing. We chose prices that are lower than some and on par with others.

“Regardless of the commentary about a modest number of tickets costing $1,000 or more, our true average ticket price has been in the mid-$200 range. I believe that in today’s environment, that is a fair price to see someone universally regarded as among the very greatest artists of his generation.”

“I have nothing whatsoever to do with the price of tickets. Nothing. Nada. Niente. Bubkis.”

“Promoters and artist representatives set pricing strategy and price range parameters on all tickets, including dynamic and fixed price points.

“Ticketmaster has created analytical tools that use historical and real-time data to help quantify supply and demand to determine prices.

But fans are furious with Ticketmaster and Bruce over the price as some seats jumped to over $4,000 due to Ticketmaster’s “dynamic pricing program,” and fans let Bruce have it on social media.

One said, “Gotta get a 2nd mortgage to get a ticket.”

Another said: “Waiting for the quote on selling my kidney to get nosebleed seats.”

According to KHOU: “Ticket broker Kayla Ramsey with Midtown Premium Tickets said primary sellers like Ticketmaster and AXS are now doing exactly what ticket brokers do.

“Many of these tickets are being priced on the primary market the same way scalpers price it on the secondary market, based on supply and demand,” said John Breyault, Vice President, Public Policy, Telecommunications, and Fraud for the National Consumers League.

“That means prices can change from minute to minute.

I have nothing whatsoever to do with the price of tickets. Nothing. Nada. Niente. Bubkis. Dick. https://t.co/NsDJvoLMWu

When @CrowdedHouseHQ learned about “in-demand” and “premium” tickets being sold for their recent tour, they acted. Over to you, @springsteen! 🎟 https://t.co/N0u06xEJo5

Chris Rock Fires Back At Disgraced Actor Will Smith: "Everybody is trying to be a f*cking victim if everybody claims to be a victim, then nobody will hear the real victims”