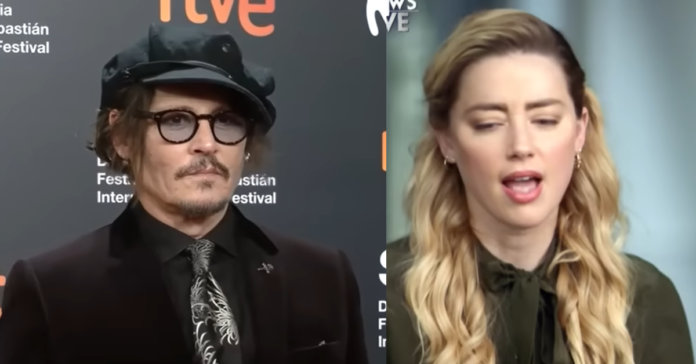 Hollywood star Johnny Depp tried to bring up fallen star Amber Heard’s past work as an exotic dancer at trial according to unsealed court documents. Thousands of pages of documents filed in Johnny Depp and Amber Heard’s case were unsealed over the weekend including Depp’s lawyer’s attempt to bring up his ex-wife’s “brief stint as an exotic dancer” at trial.

Johnny Depp’s lawyer Camille Vasquez said recently: “This was his name, this was his life. It was important. I think young people have a fresh perspective on especially these issues, the issues that we were discussing in this case — abuse, Me Too.”

“One 965-page document filed March 28 details Heard’s opposition to a series of motions made by Depp’s lawyers, including one to exclude his medical history from the trial and others that asked to present potentially damaging information about the actress.

“Depp also wanted to tell the jury about “Amber’s brief stint as an exotic dancer years before she met Mr. Depp,” her lawyers wrote, as they also opposed “Mr. Depp attempting to frivolously and maliciously suggest or imply that Ms. Heard was at one time an escort.”

Depp got some good news when his first art showing sold out.

Johnny Depp, the next Picasso? Add “artist” to the embattled actor’s list of talents because he reportedly sold a number of original paintings over the weekend for a cool £3 million (more than $3.6 million).

The news was first broken by Britain’s The Sunday Times, which reported the Pirates of the Caribbean star’s very first collection — titled “Friends and Heroes” — included four portraits of legends Al Pacino, Bob Dylan, Keith Richards and Elizabeth Taylor. He released 780 prints in all, which sold out “almost immediately.”

Castle Fine Art, the UK gallery responsible for hosting the sale, offered a peek of Depp at work on Instagram, showing him perched over a canvas while wearing a striped beanie and gingham shirt.

“This exciting new collection… is a testament to those he has known well and others who have inspired him as a person,” the gallery captioned the post. Get a glimpse of the collection after the jump.

Amber Heard Was Allegedly An Exotic Dancer, According To Newly Revealed Court Documents https://t.co/cwPgkS1VIL via @DailyCaller

In the unsealed court docs, Amber Heard’s team argued that evidence of a number of “irrelevant personal matters” should be excluded from the defamation trial, including nude pictures and Heard’s stint as an exotic dancer.https://t.co/PUv0YdJMP0

What is Dr. Fauci's Wife Hiding?