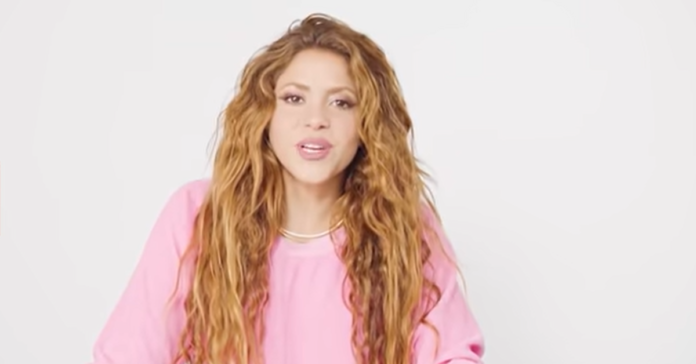 Another day another Trump hating celebrity is in hot water with the authorities this time it is international pop superstar Shakira who is facing the music.

Prosecutors in Spain said they will ask a court to sentence Colombian pop star Shakira, whose full name is Shakira Isabel Mebarak Ripoll, to eight years and two months in prison if she is convicted in her trial for tax fraud.

Shakira is charged with failing to pay the Spanish government 14.5 million euros ($15 million) in taxes between 2012 and 2014. The prosecutors said they want the pop star to pay a fine of 24 million euros ($24 million).

Shakira faces six charges after she rejected a settlement deal offered by prosecutors this week choosing to face a trial instead. What a gamble.

Her publicist said in a statement that Shakira “has always cooperated and abided by the law, demonstrating impeccable conduct as an individual and a taxpayer.”

In an August 2020 tweet, Shakira promoted a message from Michelle Obama on her social media account when the former first lady was campaigning for Joe Biden against then-President Donald Trump.

“Donald Trump has shown that he is not the right person to lead the United States.

“Kindness and empathy must win this time – and it’s up to people of all ages to do their part: register to vote, wear a mask to the polling station or get a mail-in ballot, and be an example of that kindness and empathy that we want to see in office.”

“Being president doesn’t change who you are; it reveals who you are.”
🎙👏 @MichelleObama pic.twitter.com/HiV4EXjkAS

(2/2) register to vote, wear a mask to the polling station or get a mail-in ballot, and be an example of that kindness and empathy that we want to see in office. https://t.co/IjLMlfCE8H

Fully Vaxxed and Boosted Biden Reacts to His SECOND Positive COVID Test... And Americans Are Fed Up