The left must be full from all the words they’ve been eating lately. All the nasty things they accused President Trump of, they’ve been doing. All the names they called him are actually exactly who they are. The left spent about 7 years and counting trashing President Trump’s policies. They went after things like The Wall, which Joe Biden promptly canceled, saying it was racist and bigoted. Yet now, Joe is quietly restarting Trump’s Wall in the dark of night and is hoping to god nobody on their side notices. That’s right, Joe Biden, in a last-ditch desperate bid to stave off a massive red wave during midterms is actually going to build Trump’s wall… at least part of it, anyway.

But that brings us to a tweet that radical conspiracy theorist Karine Jean-Pierre wrote back in 2019. On February 15, at 11:17 am, KJP wrote a tweet to President Trump that said, “Where are all the pesos for your bigoted wall?”

Hmmm. I wonder if she’ll be asking her feeble-minded boss that same question?

Here’s a closeup of the image: 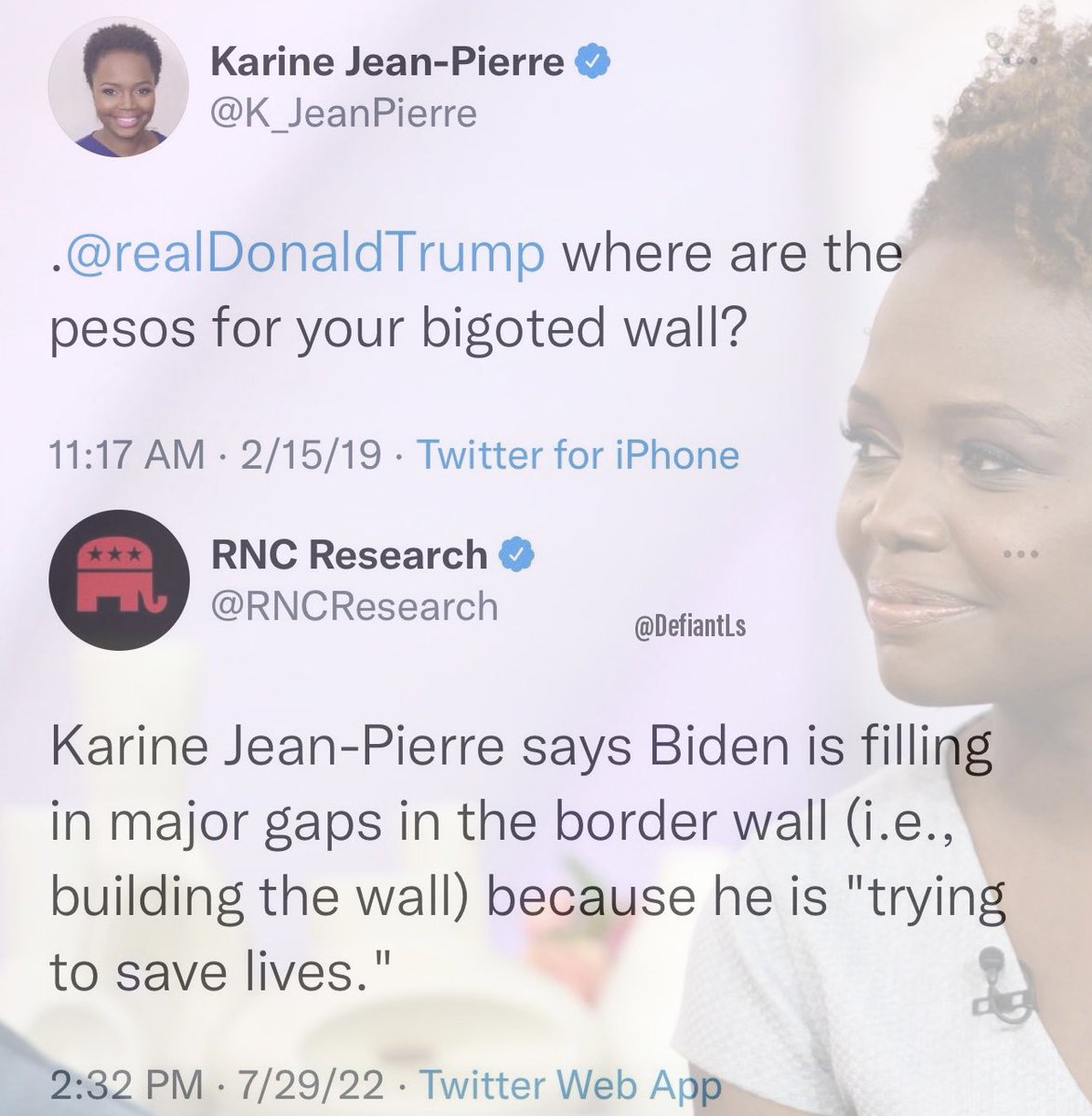 Here’s the video of KJP today, talking about Trump’s Wall:

Karine Jean-Pierre says Biden is filling in major gaps in the border wall (i.e., building the wall) because he is “trying to save lives.” pic.twitter.com/q9KFOzluJf

These people are shameless, godless hypocrites that believe in nothing. The only thing they believe in is whatever happens now, that can get them more power, and once that runs out, they throw it in the trash, and pretend it never existed. Joe Biden is a relic from a time when politicians played their bait and switch games very successfully on the American people. Thankfully, most of us are hip to that now, and we’ve moved on. But useless old-timers like Biden have not. They think they can continue doing this flip-flopping game and you won’t notice what they’re up to. This is why Biden’s the most unpopular so-called “president” in US history. This guy has never moved on with the times, and his staff is stuck in 1992 with him, telling lies and spinning tales.

LA Official Claims Those Against Masking Are ‘Snowflake Weepies’