Supreme Court Justice Samuel Alito Mocks Prince Harry For Absurd Comment On Abortion Ruling: “What really wounded me was when the Duke of Sussex seemed to compare the decision with the Russian attack on Ukraine” 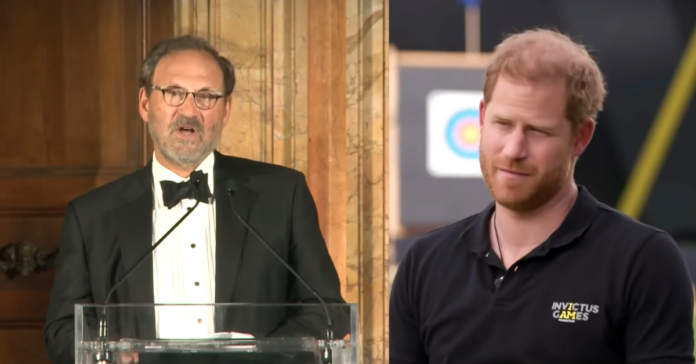 Alito said: “I had the honor this term of writing, I think, the only Supreme Court decision in the history of that institution that has been lambasted by a whole string of foreign leaders who felt perfectly fine commenting on American law.”

“One of these was former British Prime Minister Boris Johnson, but he paid the price…Post hoc ergo propter hoc, right? (See Video Below)

“But others are still in office. President Emmanuel Macron and Prime Minister Trudeau I believe are two.

“Despite this temptation I am not going to talk about cases from other countries,” he said.

Prince Harry said in a recent speech at the United Nations that “from the horrific war in Ukraine to the rolling back of constitutional rights here in the United States, we are witnessing a global assault on democracy and freedom, the cause of Nelson Mandela’s life.”

“Harry described 2022 as a “painful year in a painful decade,” during a speech on July 18.

“He said the world was “witnessing a global assault on democracy and freedom,” pointing to the “horrific war in Ukraine to the rolling back of Constitutional rights here in the United States,” among other global events as examples.”

Of Boris, Alito quipped: “He paid the price.” https://t.co/NPqalw0KA6 pic.twitter.com/xC0qguZ31n

Look Who's Returning As a Host On "The View"... an Actual Conservative

[VIDEO] MI Wedding Photographer Explains Why Electric Cars Don't Work, and Why She Dumped Her Tesla