Dem Rep Puts Joe Biden In Lame Duck Status: “I think it’s time for a generational change and I think most of my colleagues agree with that, country would be well-served by a new generation of well-prepared, dynamic Democrats” 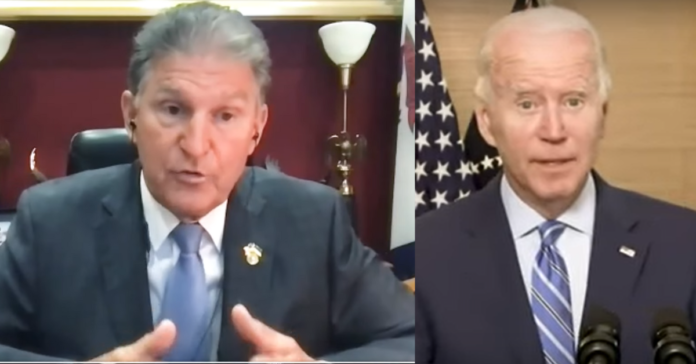 Democrat Rep. Dean Phillips of Minnesota doomed President Joe Biden to lame duck status going on record as saying it is time to put Joe Biden out to pasture. According to reports, this could be the first Dem Rep to publicly tell Biden to hang it up as most have avoided the question.

Phillips represents Minnesota’s Third Congressional District. When asked on a radio show if he would support a Biden re-election bid, he gave a firm “no.” Phillips said:

“The country would be well-served by a new generation of compelling, well-prepared, dynamic Democrats who step up. I think it’s time for a generational change. And I think most of my colleagues agree with that.”

Rep. Alexandria Ocasio-Cortez, D-N.Y. said of endorsing Biden, “we’ll cross that bridge when we get to it. Should he run again, I think it’s — we’ll take a look at it. Right now we need to focus on winning a majority instead of a presidential election.”

“If Joe Biden runs again, if he’s the Democrat nominee, depending on who the Republican nominee is, we’ll just have to wait and see.” Ouch. That has to hurt Biden who has seen his approval numbers drop to the unelectable level.

“I’m not predicting anything or how I’ll support or not support but I can tell you this.

“Whoever the elected president is — Democrat, Republican, independent — everyone should pray they succeed.

“I’m gonna do everything I can to make that person successful.

Cuomo was visibly surprised by Manchin’s response and pointed out how rare it is for a senator to not endorse a current president of their own party.

Manchin said: “I don’t know what to tell you on that.

“Joe Biden is a good person with a good heart who wants to do the right thing.

“And I’ve always believed that.

“But we have a very respectful, candid conversation.”

Democratic Rep. Dean Phillips says he wouldn’t support Biden in 2024. “I think it’s time for a generational change,” Phillips said. “And I think most of my colleagues agree with that.” https://t.co/qlQY2DFS33

Democratic Rep. Dean Phillips of Minnesota said in a radio interview Thursday he doesn’t want President Joe Biden to run for president in 2024. 🚨

Rep. Dean Phillips says he doesn’t think President Biden should run again for the White House in 2024, the strongest public remarks so far from a congressional Democrat against a second Biden term. https://t.co/jIftJURz7I

Marjorie Taylor Greene just triggered every feminist with this comment about the U.S. military