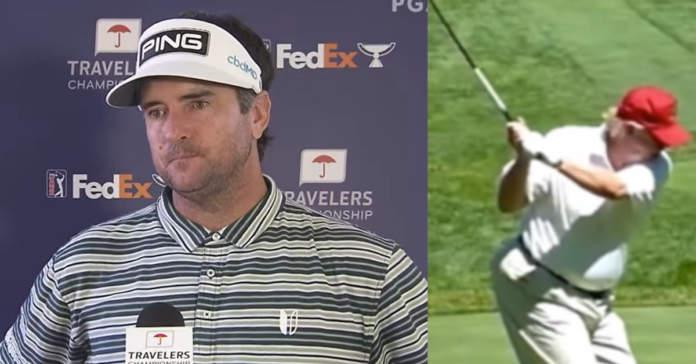 LIV announced some changes for next year this week including expanding the schedule to 14 events. LIV golf is having an event at Trump’s Bedminster club this weekend. Former President Donald Trump will play in the pro-am today.

Watson, 43, will reportedly make his LIV debut at the tournament in Boston in September.

“There’s women’s tournaments already that they sponsor. Trying to grow the game.

“They’re trying to change industry over there, bring golf, bring tourism to Saudi Arabia with the beautiful beaches that they already have.’

“It will be interesting to go over there and play, but also see the beauty of other parts of the world that God’s created.

“I can’t wait to get over there.

“Hopefully the Tour lets us go. Again, the charity dollars is what’s most important, so the more money I can get in my hands, the more I can give away.

“So it’s an honor and a privilege if they let me go over there and play.’’

He is also expected to be one of the team captains in 2023, when LIV expands to 14 tournaments and locks in its 12 four-man teams, which is a big mission in LIV’s plans.

The idea is to at some point sell those franchises, allowing captains to pick their own players while also dropping them or trading them.

Earlier this year, Watson finished second by a shot to Harold Varner III at the Saudi International tournament on the Asian Tour, which is run by Golf Saudi and funded by the Public Investment Fund, which is the source behind LIV Golf