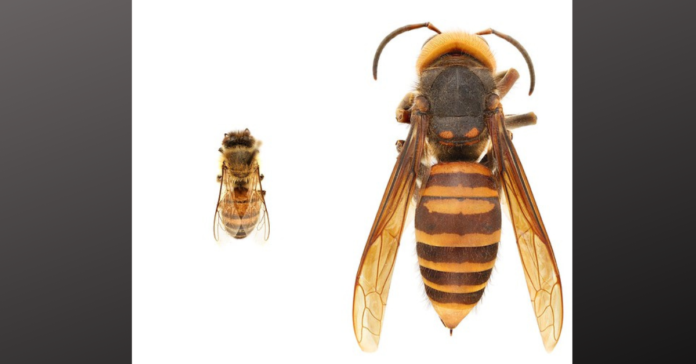 Scientists announced Monday they are changing the name of the “Asian giant hornet,” to “northern giant hornet” to be less offensive to Asia specifically China.

“Amid a rise in hate crimes and discrimination against people of Asian descent, usage of ‘Asian’ in the name of a pest insect can unintentionally bolster anti-Asian sentiment,” the Entomological Society of America said in a press release.

“Common names are an important tool for entomologists to communicate with the public about insects and insect science,” the group’s president Jessica Ware said. “Northern giant hornet is both scientifically accurate and easy to understand, and it avoids evoking fear or discrimination.”

Chris Looney, an entomologist at the Washington State Department of Agriculture, said in his proposal to rename the Asian giant hornet that the invasive species is “native to parts of Asia” and the original name is “accurate.”

Looney’s top reason for wanting to rename the insect was the stigma associated with the name.

“In my personal experience, I have heard statements like ‘another damn thing from China’ multiple times.

“Even if people do not explicitly ascribe negative feelings towards the insect, or their neighbors and colleagues of Asian descent, the prominence of the descriptor ‘Asian’ in the common name will, for some people, implicitly take precedence over other, more important, biological characteristics.

“It is at best a neutral and uninformative adjective, potentially a distraction from more salient characters of the organism, and at worst a racist trope.

The Entomological Society of America (ESA) has renamed the Asian giant hornet — known to most as the murder hornet — amid concerns of stoking anti-Asian sentiment and discrimination. https://t.co/aTa9Z32127 pic.twitter.com/llxVMeUq6i

Conservative Anti-Trump Journalist Has an Amazing Change of Heart, "I Was Wrong About Trump"