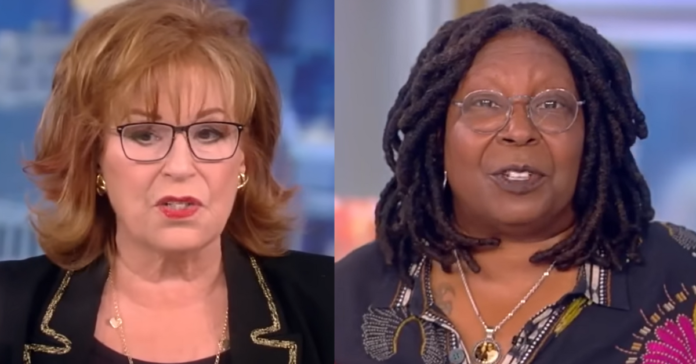 A conservative group, Turning Point USA, issued a cease-and-desist letter to ABC News on Tuesday, calling for the network to “retract the defamatory statements” made this week on “The View” or face legal action.

The letter said: “The false statements of fact intentionally made during The View’s July 25th segment were unquestionably harmful to TPUSA’s reputation and brought the organization and its student affiliates into disrepute with the public, potential donors, and current and future business partners, posing a significant financial loss to the organization.

“The View hosts intentionally and falsely associated TPUSA with neo-Nazi protestors outside the event placing TPUSA in denigrating and false light and negatively impacting its public perception. Such action will not be tolerated.

“Specifically, The View hosts insidiously and cavalierly stated that TPUSA ‘let [neo-Nazis] in’ to its SAS event, metaphorically ‘embrase[d] them’ [sic] and that neo-Nazis were ‘in the mix of people.’

“The assertion that TPUSA is complicit or affiliated in any way with the neo-Nazi protesters outside the event is outlandish, false, defamatory, and disgraceful.

“Even after Ms. Haines reluctantly read the TPUSA statement that it condemns the group of neo-Nazis and that the group had nothing to do with TPUSA, its event, or its student attendees, Ms. Goldberg continues the false tirade against TPUSA, asserting that somehow the organization and its attendees were ‘complicit’ and/or associated with the outside protest.

“To be abundantly clear, TPUSA aggressively and completely condemns the ideologies of neo-Nazism and has zero connection to the protestors outside the event.

“Since these individuals were located on public property, TPUSA security attempted to, but was not permitted to remove them,” the letter said.

“Well, DeSantis could take his place and that’s just as bad. I mean, there was a — what do you call it? This Turning Point conference with all the smoke. What are they, smoking something down there? Or it’s, like — whatever.

“Anyway, they were out there. Neo-Nazis were out there in the front of the conference with anti-Semitic slurs, and, you know, the Nazi swastika and a picture of a so-called Jewish person with exaggerated features.

“Just like, like Goebbels did during the Third Reich. Right out of that same playbook, okay? And DeSantis did not say anything about it, nothing.

“But you let them in, and you knew what they were,” Whoopi Goldberg said before she was forced to admit they were not let in, “My point was metaphorical,” Goldberg said.

Joy’s co-hosts tried to clean up the mess by reading a statement from Turning Point denouncing the protesters while Whoopi was forced to clarify that the protesters were outside of the event and were not allowed in.”

Sara Haines was forced to read a legal note to share Turning Point USA’s condemnation of the Nazis.
Whoopi falsely claims TPUSA “let them in” the event and “knew what they were” and called them “complicit.”
In reality, the Nazis were outside the event on the sidewalk, not inside pic.twitter.com/dntnPyelPo

Following a break, Whoopi wanted to “make a quick clarification” that the Nazis were “outside protesters” and claims her point was “metaphorical” suggesting they “embraced them at your thing.”
Behar defended Antifa terrorists and whined they would get a bad rap if they were there pic.twitter.com/JfhAW7tjma

Is Whoopi a Liability? TPUSA Just Threatened "The View" With a Very Serious "Cease and Desist" Notice