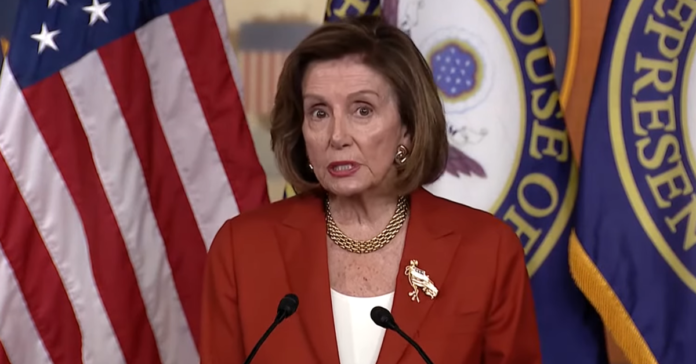 Nancy Pelosi’s husband Paul just took a rare and massive loss in the stock market after Nancy came under intense criticism for his trades.  According to the Nancy Pelosi Stock Tracker Twitter account:

Hawley said: “It’s time to stop turning a blind eye to Washington profiteering. Year after year, politicians somehow manage to outperform the market, buying and selling millions in stocks of companies they’re supposed to be regulating. Wall Street and Big Tech work hand-in-hand with elected officials to enrich each other at the expense of the country.”

A spokesperson for Pelosi said:

“The Speaker does not own any stocks. As you can see from the required disclosures, with which the Speaker fully cooperates, these transactions are marked ‘SP’ for Spouse.

“The Speaker has no prior knowledge or subsequent involvement in any transactions,” the spox said.

According to The Daily Caller:

“Nvidia is a multinational corporation that designs and manufactures graphics processors and other technology, and is heavily reliant on semiconductors.