Joy Behar Comes Clean About Blackface Scandal After Trying To Deny It Happened In Same Interview: “I would never do that now, I understand it’s offensive” 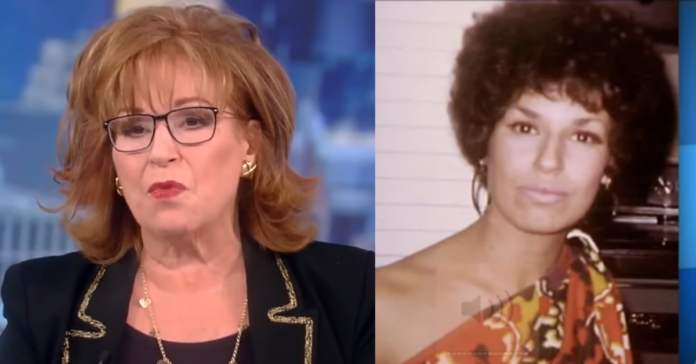 ‘The View’ co-host Joy Behar performed a feat of mental gymnastics trying to deny her blackface scandal ever happened only to come clean later in the same interview. Joy sat for an interview with Time Magazine.

She said: “You have a power when you have that microphone. People don’t like it. They don’t like it that I’m a powerful person on The View, saying things that they don’t like, but I’m sorry, that is where I’m at.

“I’m a powerful person on The View. I was a powerful person as a comedian holding a microphone. Too bad. This whole idea of canceling people for what they say, I’d say the answer to that is, What was your intention? Everything that I got into trouble for was not intentional.”

“I didn’t understand what I was saying, to tell you the truth, right?

“That’s the thing about the show, it could be an accident in the moment, you’re looking at something, you say something, and then it’s taken completely out of context.”

On the Mike Pence controversy she said:

“I had no intention of denigrating anyone’s religion.

“I was talking about—that was almost a joke.” She did apologize to Pence after sponsors started to leave the show, “He understood what I was doing,” she said.

She said of her blackface scandal:

“For me, it was like, Look at how pretty I can look as a woman dressed like this.

“It wasn’t anything close to blackface. It was bronzer, which I used with my natural curly hair.

“And the Black community had my back because they understand what blackface is.

“And then all of a sudden, that picture became verboten.”

After the interview, The View’s publicist sent the reporter a clean-up comment from Behar:

“I would never do that now. I understand it’s offensive,” she said.

Top Chef Contestant Dies of Heart Attack, He Was Only 46-Years-Old