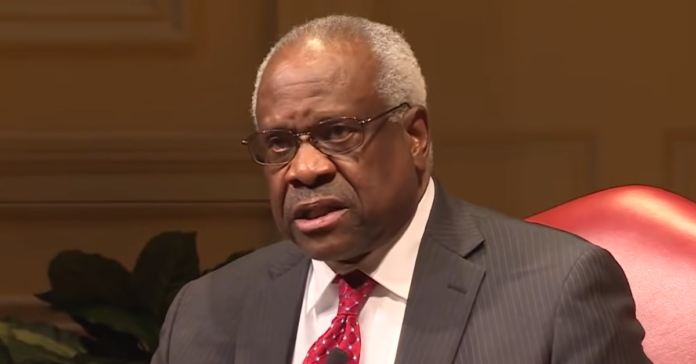 Supreme Court Justice Clarence Thomas told the ungrateful students at George Washington University’s law school to go pound sand and informed the school he will not be teaching a course at the school after students protested over his abortion ruling.

Gregory Maggs, who has co-taught the course with Thomas since 2011, said in an email to students of the class that Thomas is “unavailable” to co-teach the course in the fall.

According to the GW Hatchet, Thomas’ withdrawal from the course comes after more than 11,000 community members signed a petition demanding his removal. Officials refused to cave to the woke mob and would not remove Thomas from his role.

“Unfortunately, I am writing with some sad news:

“Justice Thomas has informed me that he is unavailable to co-teach the seminar this fall.

“I know that this is disappointing.

“I am very sorry.

“The seminar has not been canceled but I will now be the sole instructor.

“For those of you still interested in taking the course, I assure you that we will make the best of the new situation.”

“GWU said in June that it would keep Thomas as an instructor for its constitutional law seminar despite the backlash following the court’s abortion decision.

“Debate is an essential part of our university’s academic and educational mission,” the university said in a statement at the time.

BREAKING: Supreme Court Justice Clarence Thomas will not teach a Constitutional Law Seminar this fall, according to an email addressed to students in the seminar that was obtained by The Hatchet. Thomas is no longer listed as a lecturer on GW Law’s course list