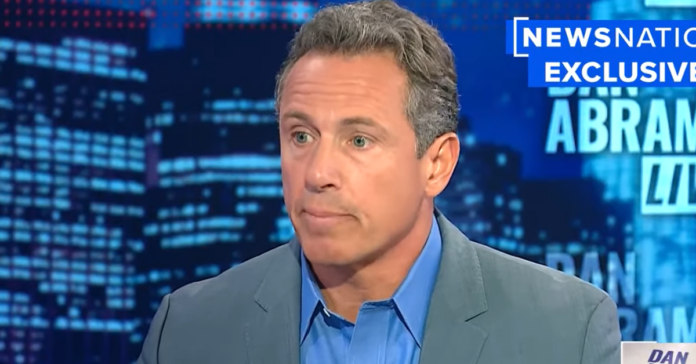 Cuomo said: “I really believe that this outlet has a chance to reach who I call free agents — not right, not left, reasonable. Regular, open mind, open heart, willing to listen when someone disagrees.

“I want to build something special here, work with Dan, work with the team here. We got great people who are really hungry to make a difference in ways that I think matter. I have decided that I cannot go back to what people see as ‘the big game.’ I don’t think I can make a difference there.

“I think we need insurgent media. We need outlets that aren’t fringe and are just trying to fill their pockets. I am going to do the job. I am going to where the news is, and I among to try very hard to be fair.

“Again, these are things for someone else to explain,” Cuomo said denying the sexual assault allegations. “If you are going to make the allegation it is about how you feel and what you think my feeling is, it is in the past.

“I am never going to be able to convince people one way or another. I feed the story by commenting on it. I denied it, and you try to move on.

“A big aspect of our business will say that it is accountability, it is responsibility, but I don’t know that is always true.”

“I offered several times to leave the job,” he said of getting fired. “I never imagined that what I was doing to help my brother would reflect badly on CNN.”

“When I said I didn’t make press calls, what I meant was, ‘influence the story’” Cuomo said.

“I never contacted any media who were covering my brother to try to affect their coverage. I talk to people in the media all the time.”

“But I think the distinction has a meaningful difference,” Cuomo said.

“The concern would be, not that I called you and said, ‘What do you think’s going on here?’ It’s me calling you and saying, ‘Hey, tonight in your segment, I hope you remember that.”

“I love my brother. The rule in my family is very simple: Family. Trouble. Go. Other people have the luxury of judging allegations and situations.

“For me, it was about helping out my brother in a hard way, and doing it in a way that I didn’t think comprised what matters. That is what guided me.”

“Chris joins our growing team of seasoned, award-winning journalists and will further our efforts to continue to ensure fairness and transparency in our news reporting and talk shows,” said Sean Compton, Nexstar Media Inc.’s President.

The network has seen on average around 50,000 viewers during its prime-time hours.

.@ChrisCuomo is joining NewsNation: The cable news veteran believes he can provide viewers a break from America’s “binary” media when his new show launches this fall. More: https://t.co/TXSo1HxHWI pic.twitter.com/5M9fl1JVxB

Jeanine Pirro Slams Kamala Harris: “She’s A Failure Because She’s Lazy And Not Interested, She Should Be Out There Every Day Doing Somehting”