Brittney Griner Says Her Rights Were Not Read To Her When She Was Arrested In Moscow, Says Bad Translator Gave Incomplete Info 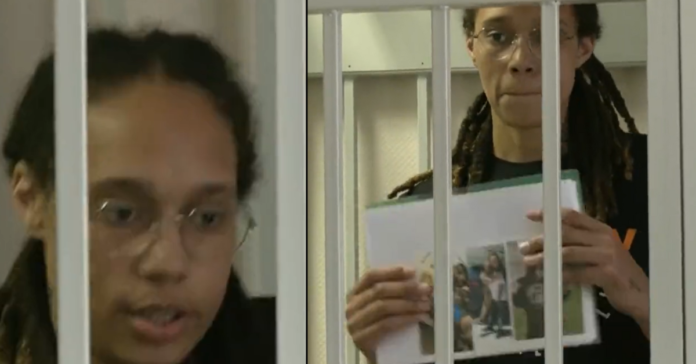 WNBA star Brittney Griner testified Wednesday during her trial in Russia on drug charges that she was not read her rights when she was arrested in Moscow. She faces up to 10 years in prison.

Speaking through a translator on Wednesday, Griner said the translation she received during the investigation was lacking. She said: “I remember one time there was a stack of papers that the translator needed to translate for me.

According to The AP:

“She recalled getting pulled aside at the airport on Feb. 17 after inspectors found the cartridges.

“Along with the interpreter who provided an incomplete translation, Griner said she received neither an explanation of her rights nor access to a lawyer and was instructed to sign documents without an explanation of what they implied.

“After hours of proceedings she did not understand, she was allowed to hand over her personal belongings to a lawyer before being led away in handcuffs, Griner said. She said she received only a cursory translation of the allegations during a Feb. 19 hearing where a court sanctioned her arrest.”

“As they ended up in my bags by accident I take responsibility but I did not intend to smuggle or plan to smuggle them to Russia,” she said.

Speaking to the court through a translator, Griner said that her rights were not read to her when she was taken into custody after customs officials found two cannabis vape cartridges in her baggage.

Griner said she was told where to go through a translator, but was not told what was happening. Officials told her to sign documents, but did not explain what they were or the consequences of signing them.

Unaware she was being detained, the player said she wanted to exit the customs area to catch the next available flight but her passport was taken and she told she could not leave.

Basketball player Brittney Griner faced her sixth day in the ongoing drug trial in Russia. She was seen holding up photos of her loved ones. pic.twitter.com/1dHP4FlzuP

At her drug trial in Russia, U.S. basketball star Brittney Griner testified that an interpreter translated only a fraction of what was said during her questioning. She also said officials instructed her to sign documents without providing an explanation. https://t.co/MlDxycuNXZ

Trump Fires Back At Adam Schiff: “His head is shaped like a watermelon, he’s a very unattractive man”