Leave It to Beaver Star Tony Dow Dead At 77 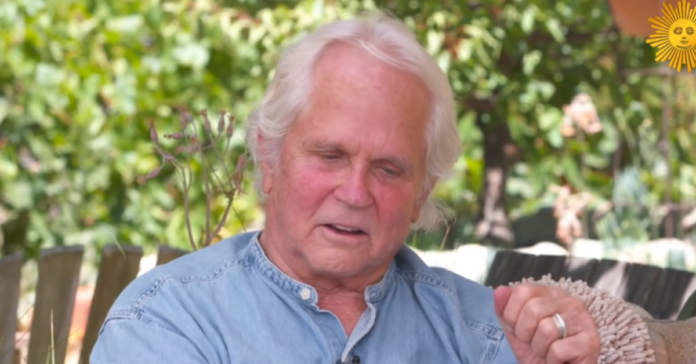 Hollywood actor Tony Dow, best known for his role in “Leave It to Beaver,” has died. He was 77. The actor played Wally Cleaver on the ’50s sitcom. He told his fans he was diagnosed with cancer on May 5.

His management team issued a statement that said: “It is with an extremely heavy heart that we share with you the passing of our beloved Tony this morning.

“Tony was a beautiful soul – kind, compassionate, funny and humble. It was truly a joy to just be around him. His gentle voice and unpretentious manner was immediately comforting and you could not help but love him.

“The world has lost an amazing human being, but we are all richer for the memories that he has left us. From the warm reminiscences of Wally Cleaver to those of us fortunate enough to know him personally – thank you Tony.

“And thank you for the reflections of a simpler time, the laughter, the friendship and for the feeling that you were a big brother to us all.

“We will miss you,” the statement said.

“The Hollywood native’s health issues first surfaced in August 2021 when he was briefly hospitalized with pneumonia.

“Tony’s spirit is positive,” Lauren wrote on Facebook last year. “He gets his daily exercise by walking the corridors with his nurse. If he could only get rid of that darn cough. It’s going to take some time.”

“She noted at the time that he had a “violent cough” that was “causing pains on the top of his head” at the time.”

“Dow was born in Hollywood and his mother was an early stunt woman and double for Clara Bow.

“He was a Junior Olympics diving champion, but didn’t have much showbiz experience when he tagged along with a friend and ended up auditioning for and winning the role of Wally. “Leave it to Beaver” began airing in 1957 and ran until 1963.

“The popular black-and-white sitcom, centered around the typical idealized family of the time, followed the adventures of mischievous young Beaver, his practical brother Wally, their devious friend Eddie Haskell, and their long-suffering but understanding parents played by Barbara Billingsley and Hugh Beaumont.

Tony Dow, Who Played Wally Cleaver on ‘Leave It to Beaver,’ Dies at 77 https://t.co/nsOUNgAajc

Tony Dow, the producer, director and actor most famous for his role as one of the stars on “Leave It To Beaver” has died. https://t.co/hnTKdN4XLJ