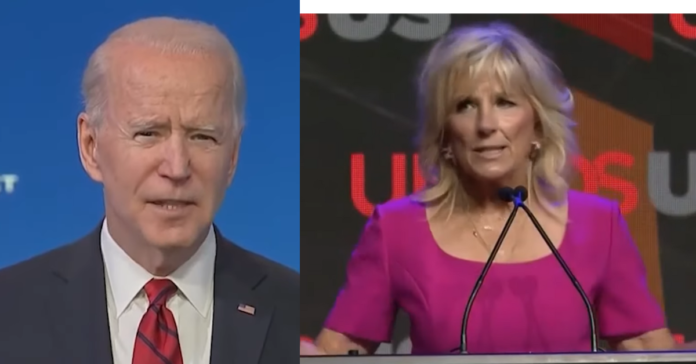 The exodus of top staffers from President Joe Biden’s White House continues with no end in sight. Michael LaRosa, the press secretary for first lady Dr. Jill Biden and a special assistant to the President, is leaving the White House CNN is reporting.

“For nearly three years, from the campaign to the White House, Michael has brought an encyclopedic knowledge of politics and media to my team as my spokesperson and adviser,” the first lady told CNN.

“On a small team, loyalty and friendship are lifelong — we will miss Michael. However, we are excited for him to begin a new chapter in his career.”

LaRosa has been serving as Biden’s spokesperson since 2019. He was appointed press secretary in January 2021. He will reportedly move over to Hamilton Place Strategies as a managing director.

LaRosa last made the news during Jill’s taco fiasco. Someone on team Biden thought it was a good idea to compare Hispanics to tacos.

The backlash was swift, fierce, and came from all sides. Even the Dems were aghast that Jill would say those words on purpose.

“The First Lady apologizes that her words conveyed anything but pure admiration and love for the Latino community.”

We do not know if that incident was the cause of the departure but CNN is reporting the WH was aware of the resignation for the last several weeks.

The First Lady apologizes that her words conveyed anything but pure admiration and love for the Latino community.

Nah dude. We need to hear it from her.