American Pickers’ Star Mike Wolfe Gives Update On Frank Fritz’s Health: “We asked that everyone keeps Frank and their thoughts and prayers” 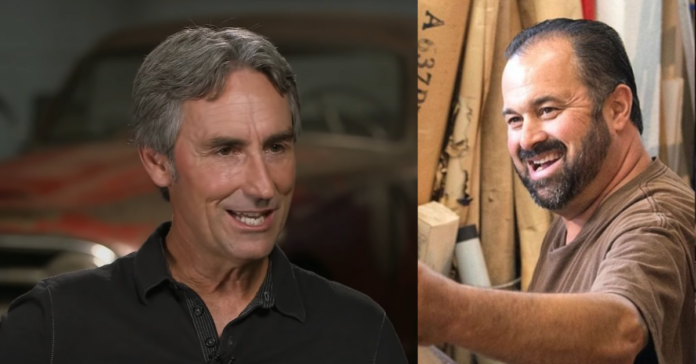 American Pickers star Mike Wolfe gave fans of the hit History Channel show an update on his former co-star Frank Fritz’s health situation. Fritz had been suffering from health problems and had a falling out with Wolfe and left the show.

Frank is recovering from a stroke he suffered last week. A representative for Wolfe issued a statement to People Magazine that said:

“We asked that everyone keeps Frank and their thoughts and prayers. The most important thing is that we allow him time to heal and giving sic him the space to do so.”

“I have been very private in the past year in regards to Frank’s life and the journey he’s been on.

“There has been lots of opinions in regards to mine and Frank’s friendship and the show but now is not the time to set the record straight.

“Now is the time to pray for my friend.

“Frank has suffered a stroke and is in the hospital. Please keep him in your hearts and thoughts.

“Frank, I pray more than anything that you make it through this okay. I love you buddy.”

Frank left the show more than a year ago because of health issues.

“We all do care about Frank and we want him back on the show.

“I would love to talk with him again, we would absolutely love to, but he just can’t get it right.

“Frank is just going through a lot personally with addictions,” he alleged. “It’s unfortunate that he’s made decisions that have him the way he is.”

Frank said at the time:

“Mike didn’t call me himself, never, like I said – we haven’t spoken for two years.

“That is the 100% truth and I don’t like people that lie to people.

“I’m not a liar just for the fact that my brain can’t remember if I lied or not. I don’t lie to people, even if it hurts.

“If it hurts your feelings, I’m sorry. If you don’t like me anymore, that’s your problem,” he said.

This is a tintype of all the special people in Iowa that work very hard behind the scene at the @AntiqueArchIowa shop. I feel very blessed to have each one of them on the crew. Never could I have ever imagined us filming for 13 years. #Antiquearchaeology #Americanpickers pic.twitter.com/jzEn2nDgeR