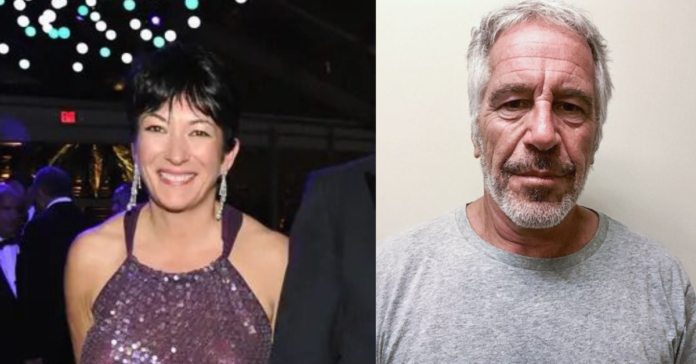 Jeffrey Epstein’s accomplice and good friend of the Clintons, Ghislaine Maxwell, has been moved to a low-security federal prison in Florida to serve her 20-year sentence for sex trafficking. Her release date is currently set for July 17, 2037.

At the facility in Tallahassee, Maxwell will be expected to wake up at 6 a.m., dress in khaki pants and khaki shirt and maintain a regular job. But the low-security prison will have perks she was not getting in her New York cell.

According to the prison handbook, Maxwell’s new home has: “Programs include indoor and outdoor activities, and range from individualized arts and crafts programs to intramural team sports such as softball, basketball, and volleyball.

“There is nothing cushy about Maxwell’s designation. She is going to be surrounded by barbed wire and fences, ” said Duncan Levin, a former federal prosecutor.

“Her new facility is a far cry from the minimum security camps that people may imagine from television.”

Elizabeth Stein, a victim of Epstein and Maxwell read a powerful statement to the court: “In one instance, they took me to Florida, insisted that I stay longer than planned which caused me to miss work and led to my being fired.

“Seizing on this new vulnerability, they began trafficking me to their friends. By that time, I was trapped. I was assaulted, raped and trafficked countless times in New York and Florida during a three year period.

“At one point I became pregnant (by whom I am unsure) and aborted the baby. Things happened that were so traumatizing that to this day I’m unable to speak about them; I don’t even have the vocabulary to describe them.”

“When I arrived, the hotel concierge told me Ms. Maxwell was in the bar and wanted me to meet someone. It was Jeffrey Epstein.

“That night in the hotel was the first of many times they sexually assaulted me.

“In the most literal sense of the word, Epstein and Maxwell terrified me.

“They told me that if I told anyone, nobody would believe me and if they did, they would kill me and the people closest to me. I believed them. I was once bright, fun, outgoing and kind.

“I loved life and people genuinely enjoyed being around me. After meeting Jeffrey Epstein and Ghislaine Maxwell, it felt like someone shut off the lights to my soul.”

Donald Trump Slams Paul Ryan And Fox News: “Paul Ryan, one of the weakest and worst Speakers ever, must be running the place”