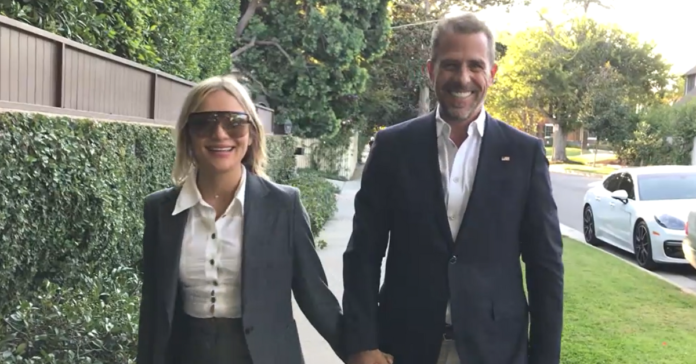 The national trainwreck that is Hunter Biden is getting ready for another sloppy crash that will further humiliate the first family. Hunter Biden, if you didn’t know, is a walking scandal when sober and has been for some time.

Hunter dated the grieving widow of his dead brother only to leave her behind and marry a girl just days after meeting her in South Africa. Days. Not a solid foundation for a relationship.

And if the reports are true, it will be messy for President Joe Biden. According to Page Six Hunter Biden’s marriage to filmmaker Melissa Cohen is on the rocks.

Sources told the media outlet that Hunter and his wife “are frustrated because they are in lockdown,” because of the criminal investigation into Hunter.

One source close to the couple said:

“They never go anywhere because they’ve been instructed to stay out of sight and away from the cameras while the investigation into Hunter continues.

“Added to the pressure, the Secret Service lives in a much larger mansion next door to them and they watch over Hunter like hawks.

“It is extremely frustrating for both of them.

“He whisked her off her feet.

“She thought she was marrying a prince from a great American family and she’d live a charmed life with him.

“But the reality is he’s a train wreck and life with him is very hard behind closed doors.

“She had no idea what she was getting into.”

“But there is still love there, and she loves her son.

“She is focusing on him, for now that’s all she can do,” the source said.

The couple married in 2019 days after meeting. They welcomed their son in March 2020. Hunter has another kid the family won’t acknowledge with a stripper.

Hunter had to take a DNA test because he refused to admit he fathered the kid. He is now paying support.

Hunter Biden spotted with wife Melissa Cohen and son amid reports of cracks in their marriage https://t.co/aEmhHRRqiz pic.twitter.com/v75ypDz7HJ

NEW 🚨 Hunter Biden’s marriage to filmmaker Melissa Cohen is on the rocks under the pressure of the federal investigation into him, Page Six reports citing insiders.

There's Something Very Strange Going On With Joe Biden's "COVID"