Tomi Lahren Responds To NYT Columnist Admitting He Was Wrong About Trump Voters: “That really fired a lot of people up” 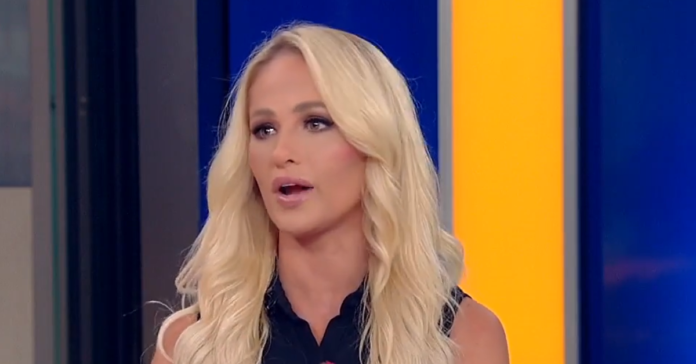 Tomi Lahren called out a New York Times columnist who came clean recently and admitted he was wrong about Trump supporters. Lahren said:

“So when people on the coast, when elitists in big cities look down their nose at us and call us rednecks and just Trump supporters, and Hillary Clinton calls us deplorables and they call us racist without ever taking the time to talk to us.

“That really fired a lot of people up.

“And we feel that way now.

“And I’m so glad that Fox takes the time to go and talk to these people in the Midwest, in the heartland, we are not just the flyover states, we matter.

“Might be from small states, but when you put us all together, we make a difference.

“Y’all are fleeing to our states. So remember that,” she said.

In his essay, Bret Stephens said he wrongly judged Trump supporters, initially taking “broad swipes” at them without understanding why they voted for former President Donald Trump.

“What Trump’s supporters saw was a candidate whose entire being was a proudly raised middle finger at a self-satisfied elite that had produced a failing status quo,” he wrote.

Stephens added that Trump’s campaign “flourished” in a climate where his supporters felt “unprotected” and “betrayed” by the country.

“I could have thought a little harder about the fact that, in my dripping condescension toward his supporters, I was also confirming their suspicions about people like me — people who talked a good game about the virtues of empathy but practice it only selectively; people unscathed by the country’s problems yet unembarrassed to propound solutions,” Stephens concluded.

.@TomiLahren, ‘Outnumbered’ hosts sound off on NYT columnist admitting he was wrong about Trump voters https://t.co/YqT6AZNEQk

With One Quick Signature, President Trump Plans to Dismantle Deep State On January 20, 2025