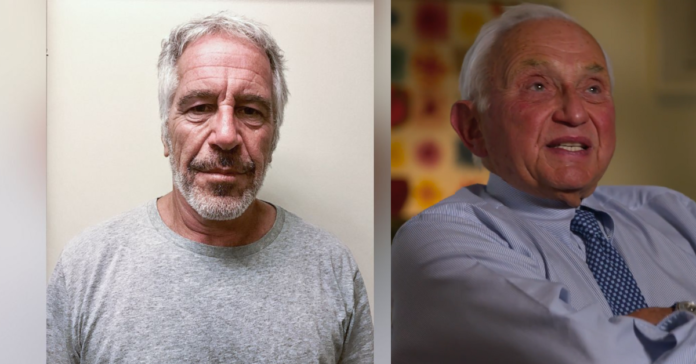 One of Jeffrey Epstein’s victims is spilling the beans about Epstein’s mysterious relationship with Victoria’s Secret magnate Leslie Wexner.

Maria Farmer said Epstein bragged about having Wexner in his pocket saying he would do ‘anything for me.’ He also told the tale of how he got one of New York’s most expensive townhouses from Wexner for only $1.

Maria said, “Epstein told me in New York. He said: ‘Maria, I got all this for one dollar.’ He held out his arms, spanning the room, and said, ‘Look at all of this.’

“And there are decorators from France coming and going, and you’ve got all this fabulous food, and maids, and everything, it’s just so unbelievable. And I said, ‘Why? How did you get it for one dollar?’ And he looked at me with the biggest smile, and said, ‘Wexner will do anything for me, Maria.’

“‘And I mean anything.’ Then he winked.

The property in question is a seven-story mansion on East 71st Street.

Farmer continued: “I do believe they were lovers. That is my opinion. He had a special soft spot for Epstein.

“Ghislaine and Epstein said: ‘’We work for Les Wexner.’

“I said, ‘’How many clients do you have? It seems like you have so much free time for someone in finance.’

“He said, ‘’Maria when Leslie Wexner is your client, you only need one client.’”

“Each one must have fulfilled the need of the other. Wexner had the money that Epstein was seeking and Wexner got from Epstein the glamour and smoothness that he was seeking.

“I am not at all inferring that it was a sexual need but there was something there.”

According to The Daily Mail:

Wexner claimed in 2019, soon after Epstein was arrested as he landed his private plane at Teterboro Airport in New Jersey, that the pedophile ‘misappropriated vast sums of money.’

He said he discovered the misappropriation in 2007 shortly after Epstein was first arrested for child sex crimes ‘It was agreed that he should step back from the management of our personal finances, Wexner said in a letter to the Wexner Foundation.

‘In that process, we discovered that he had misappropriated vast sums of money from me and my family.

This was, frankly, a tremendous shock, even though it clearly pales in comparison to the unthinkable allegations against him now.’

THREAD: It was a match made in heaven, or maybe in hell: the sexual deviant and the lingerie demigod. For decades, disgraced financier Jeffrey Epstein was one of the closest friends of Victoria’s Secret billionaire Les Wexner, 84. https://t.co/DKc24P5HEJ