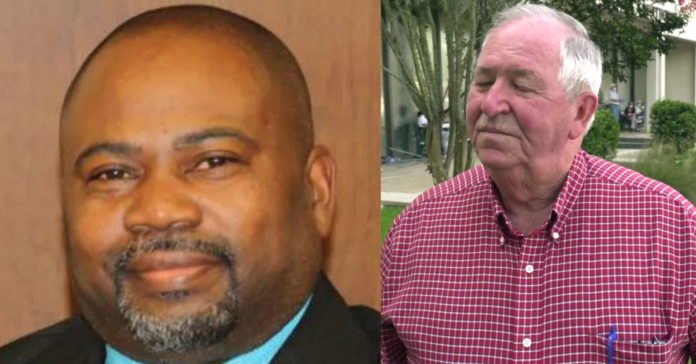 Two officials in Louisiana pleaded guilty to criminally violating federal election laws in a vote-buying case according to the Department of Justice.

Jerry Trabona, 72, the former Chief of Police in Amite City, and Kristian “Kris” Hart, 49, a current Amite City Councilmember, pleaded guilty to conspiring to pay and offering to pay voters residing in Tangipahoa Parish, Louisiana, for voting in the 2016 open primary election and the 2016 open general election.

Trabona and Hart admitted that they agreed with each other and others to pay or offer to pay voters during contests in which the defendants were candidates, and in which federal candidates appeared on the same ballot.

“The Department of Justice is committed to ensuring that illegal voting, including vote buying, has no place in our nation’s electoral system,” said Assistant Attorney General Kenneth A. Polite, Jr. of the Justice Department’s Criminal Division.

“We must have fair elections, free from the taint of corruption, to ensure a fully functional government,” stated U.S. Attorney Duane A. Evans for the Eastern District of Louisiana. “Safeguarding the voting process is of paramount importance to our office and the Department of Justice.”

“Providing a voter with money or something of value in exchange for voting is a federal crime,” said Special Agent in Charge Douglas A. Williams, Jr. of the FBI New Orleans Field Office.

“We thank our partners at the Department of Justice Criminal Division’s Public Integrity Section and the United States Attorney’s Office for the Eastern District of Louisiana for helping disrupt voter fraud and continuing to protect the right to vote.”

DOJ issued a statement that said:

“A former police chief in Amite City and a current Amite City Councilmember pleaded guilty yesterday in New Orleans, Louisiana, to criminally violating federal election laws as part of a conspiracy to pay, or offer to pay, voters for voting in a federal election.

“In addition to the conspiracy with Trabona, Hart pleaded guilty to three counts of paying and offering to pay voters during both the 2016 and 2020 elections. In both elections, Hart was running for the seat he currently holds on the Amite City Council.

“Both defendants are scheduled to be sentenced on Nov. 1 and face up to five years in prison on each count.

“A federal district court judge will determine any sentence after considering the U.S. Sentencing guidelines and other statutory factors.

“Assistant Attorney General Kenneth A. Polite, Jr. of the Justice Department’s Criminal Division; U.S. Attorney Duane A. Evans of the Eastern District of Louisiana; and Special Agent in Charge Douglas Williams of the FBI’s New Orleans Field Office made the announcement.

“The case was investigated by the FBI’s New Orleans Field Office.

[VIDEO] Jill Biden Smiles, Waves, and Thanks a Man Who Tells Her Joe is WORST "President" in US History