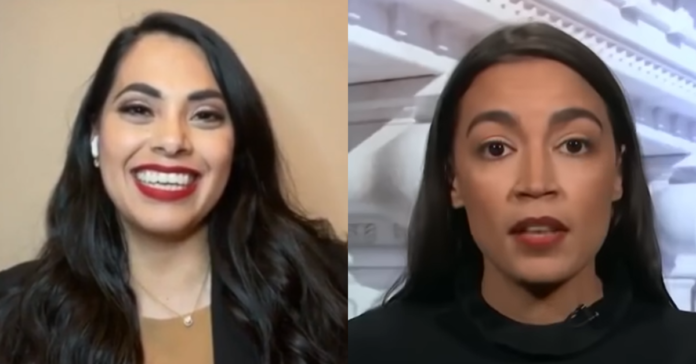 “We’re not waking up and thinking about what’s happening in Washington.

“They’re just so disconnected. It’s really sad because they think that the world revolves around Washington, D.C., and that’s really not the reality.”

“I am proud of my culture and my beautiful family,” Flores told Fox News digital earlier.

She continued terrifying the Dem Party:

“I was born in Burgos, Tamaulipas, Mexico, and raised with strong Conservative values to always put God and Family first.

“I have received only hate from the liberal media and constantly been told by the left to go back to Mexico. “They don’t support us immigrants, they only use us for political power and don’t care about our well-being.

“I am here now and I won’t allow them to continue taking advantage of my people.

“The NYT knows nothing about me or our culture.

Rep. @MayraFlores2022 historic win in South Texas was met not with glowing praise, but borderline racist derision by the leftist media. https://t.co/dFS5nernjm

[VIDEO] Biden Just Made a Freudian Slip That Every American Can Get On Board With...Make It Happen!

“MY PANTS FELL OFF”: Hunter argues with hooker over crack, drops trou at beach & worse in leaked vids