Everybody knows that the most racist, intolerant, and dangerous people are white liberals.

These are the ones who think SO LITTLE of minorities, that they actually believe they’re too stupid and “simple-minded” to get photo IDs.

White liberals have such a superiority complex that they think minorities can’t “make it” in this world unless they help them. And they co-op nearly every single movement that minorities start, and make it their own.

White Liberals also believe that blacks who don’t obey the liberal political doctrine must be verbally, emotionally, and even physically abused into submission.

They believe there are no limits to what you can say to blacks who wander off the progressive plantation… the abuse must be harsh because these black folks have to know they did wrong and stand as an example to other black folks of what happens when you lose your way.

Does this attitude sound familiar?

That’s exactly what it is, and one “liberal dissident” podcaster named Clifton Duncan is noticing this very attitude in how many white liberals are treating Justice Clarence Thomas, after the Roe v Wade ruling.

Here’s what Clifton said in a series of tweets. He also shared one screenshot of a tweet from a white liberal actor (warning: offensive language): 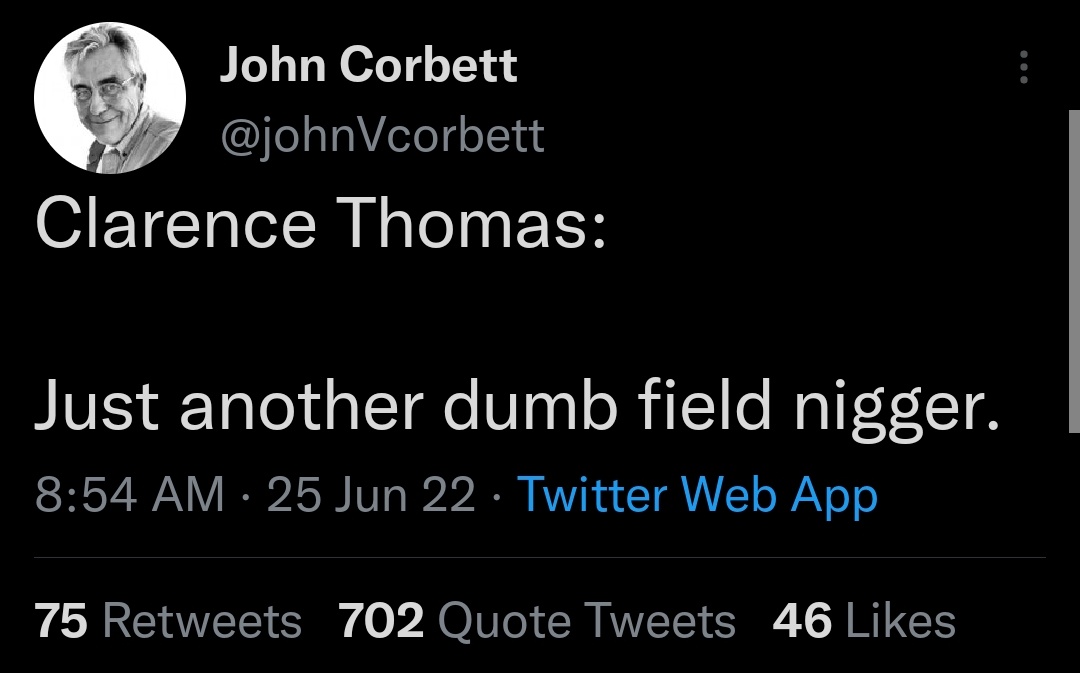 Also note, this person would be considered “Politically Black”

For those unaware of this reference. But make sure to listen to the full clip, you can find it on YouTube: 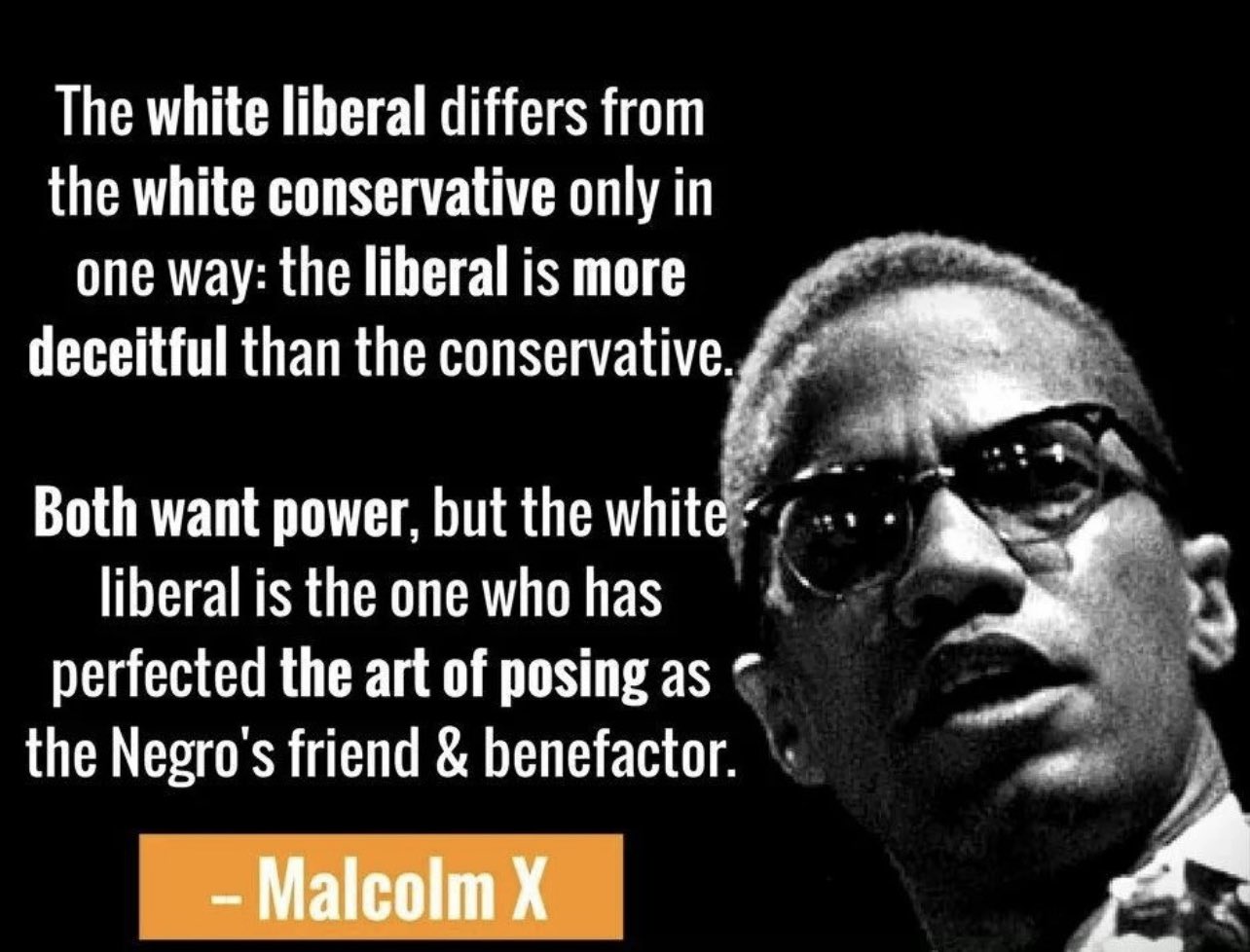 They can’t help themselves 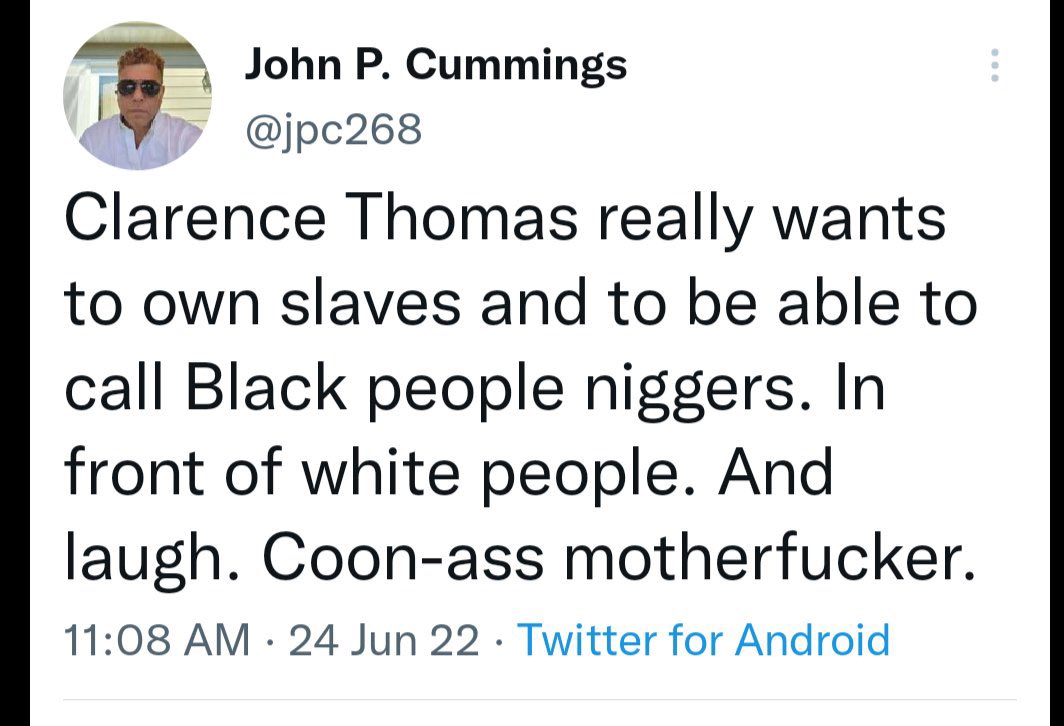 It’s disgusting to see this, isn’t it?

I have seen a lot of these comments online, as well.

Anti-Trump actor Samuel L. Jackson got in on it, too.

And this doozy here: A white transgender giving others “permission” to use the N-word… it’s mind-boggling how superior these people think they are.

“There are less racist white nationalists than this, seriously. Think about that…”

“In a nutshell: scratch the varnish from a progressive and underneath a KKK member appears.”

“The Left. They never change.”

“Rather odd how the Left reacts to issues that don’t go their way…..”

“Malcolm’s wisdom way back then was to recognise that white leftists are NOT non-racist! He knew…”

“This is freaking unbelieveable. What the hell and yes, Malcolm X was absolutely right!”

“Man these liberals are unhinged. It’s actually embarrassing. A lot of them need mental health help.”

“This happens every single time something doesn’t go their way. Have you seen how they talk about Dr. Ben Carson?”

“For the record, your friends who vote Democrat pretty generally think this kind of rhetoric is okay.”

“Guys, this is how white liberal slave owners treat the slaves who escaped the plantation, why is this so hard for some people to understand?”

“Whatever liberals accuse others of is usually what they are guilty of. This is horrendous but he will given a pass because he is on the “right” side.”

“They say this stuff and then say, “I’m sorry, I am just so passionate” lol as if passion is a pass to be racist, but they keep getting away with it, so I guess maybe it is a pass”

“I have been seeing a lot of this hate towards Justice Thomas in the last two days. I’m sure 90% of the people giving it have BLM signs on their lawn”

“You know, it wasn’t just Thomas who ruled on Roe v Wade, but they sure LOVE singling him out, don’t they?”

“It’s no wonder some of these folks think racism is omnipresent. They see it daily in their social circles and every time they look in the mirror.”

I have to tell you, reading this garbage makes me sick to my stomach. I can’t imagine saying this stuff. Even in my deepest fits of political anger, it’s never been something that’s popped into my head to say.

Good Lord, I couldn’t stand Obama, but calling him a “racist slur” never even popped into my head as something to do.

So, why does this behavior happen so consistently with white liberals?

I’ll tell you why — because they are the most power-crazed, intolerant, racist people among us.

They’re filth, and they cover up their own hateful, racist disease by pointing fingers at others, screaming “RACIST.”

DEAR MEMBERS,
Are you sick of seeing ads? Well then it’s time to get rid of them! WayneDupree.com is proud to offer a PREMIUM VIP MEMBERSHIP that eliminates ads and gives you the BEST browsing experience.