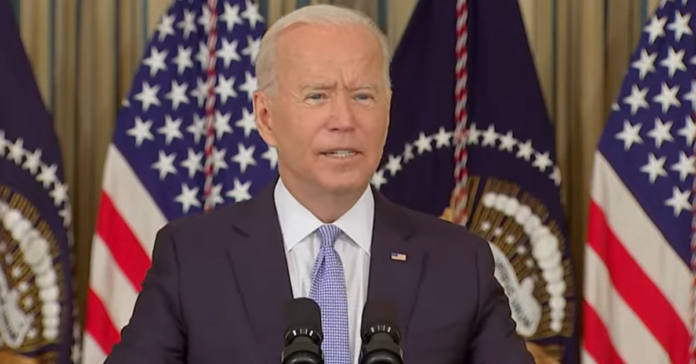 President Joe Biden got some absolutely terrible news that threatens to sink any slim chance he has left of keeping Congress in 2022 or winning in 2024. Inflation just hit the highest rate in 30 years in the key Government measurements.

The two key metrics the Fed uses to gauge inflation tell the tale with one up 3.6% from a year ago and one up 4.3% year over year.

The numbers are above the central bank’s target of 2% and trigger numerous moves by the Fed that will not be conducive to re-election. They may be good for the country, but the days of cheap money may be coming to an end after 8 years of Obama and 4 years of Trump.

The numbers: The rate of inflation in the U.S. rose again in July and drove the increase over the past year to a 30-year high, pointing to fresh strains on businesses and consumers as the economy recovers from the pandemic.

The personal consumption expenditure or PCE price index climbed 0.4% in July, government figures show. It was the fifth big increase in a row.

Key details: A separate measure of inflation that strips out volatile food and energy prices rose 0.3% in July. It’s known as the core rate and is viewed by the Fed as a more reliable weathervane for inflationary trends.

The increase in the core rate over the past 12 months was unchanged at 3.6%, keeping it at a 30-year high.

The PCE index is viewed as a more accurate measure of inflation than the consumer price index or CPI. It tracks a broader range of goods and gives more weight to substitution — when consumers buy a cheaper product to substitute for a more expensive one.

The survey also showed prices rising, with 81.2% of respondents reporting increases against 79.4% in August.

Order backlogs decreased to 64.8, a drop of 3.4 points from a month ago, but companies overall were still reporting delays.

“Supply chain concerns are growing beyond electronics and chips into most other commodities.

Lead times are extending, shipping lanes are slowing, and we will not see an end to this in 2021,” said one respondent in the electrical equipment, appliances and components industry.

Also, consumer sentiment improved, according to the University of Michigan’s index, which rose to 72.8 in September compared to 70.8 in August and a 71 estimate.

A key measure of inflation hits a new 30-year high, with the PCE price index surging 4.3% over the 12 months ending in August https://t.co/m5rRQ0Gehw