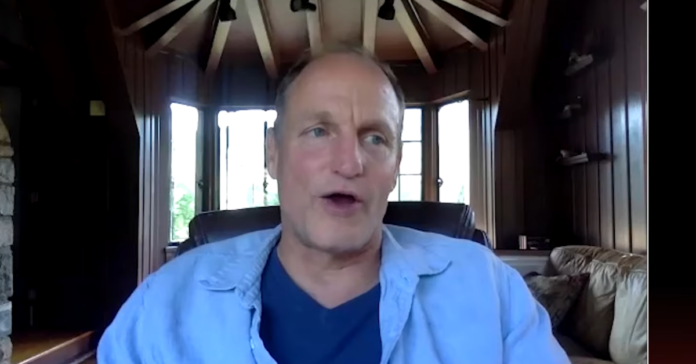 Hollywood star Woody Harrelson punched a man at the Watergate Hotel in DC late last night after the man refused to stop photographing him and his daughter.

The fight happened at Top of the Gate, a rooftop bar at the Watergate hotel, around 11 p.m. on Wednesday according to police. Harrelson asked the man to stop taking his photograph and proceeded to get in a ‘verbal dispute’ with the drunk man.

At some point, the man lunged at Woody and tried to grab him around his neck causing the star to punch the man in self-defense police say.

The punched man was detained by police. His name has not been released. Harrelson is in DC filming a show for HBO about Watergate called The White House Plumbers.

D.C. police were called to The Watergate Hotel at about 11 p.m. after a report of an assault on the roof deck.

Officers arrived and found several people on the roof, including Harrelson and his daughter.

A man who appeared to be intoxicated had been taking photos of Harrelson and his daughter, police said. Harrelson allegedly approached the man and told him to stop and to delete the photos.

Harrelson punched the man in what police called apparent self-defense.

The man taking photos was questioned in his hotel room. Charges are pending.

DC Police help Woody Harrelson out with the address line here. (I’m surprised they didn’t use the name Billy Hoyle too) https://t.co/yHtPZSufD3 pic.twitter.com/CNiDTVvj4A

wonder if ppl know that Woody is the son of a hitman?
maybe they’d think twice about effing with him…https://t.co/43jJrzYbP8

Woody Harrelson’s bus parked in front of the Saudi embassy, across the street from the Watergate. Other than that, nothing to see here. pic.twitter.com/eqwFWMJfw9