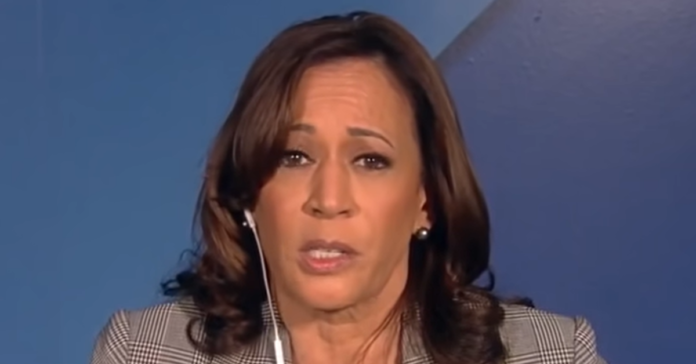 The White House confirmed that Vice President Kamala Harris has hired a veteran crisis communications expert and former Obama speechwriter to help with messaging and long-term planning. Harris, by most accounts, has been a dud as a Vice President and her polls are in the tank along with Joe Biden.

Lorraine Voles, a crisis communications expert, and Adam Frankel, a former Obama speechwriter, have been brought on board to help steady the shrinking ship.

Voles and Frankel “offered to be of assistance” to Harris and will focus on “organizational development, strategic communications, and long-term planning,” a White House official confirmed to the Washington Examiner.

They are both on temporary assignments according to the White House.

“A critical, collaborative and strategic thinker who contributes to the ongoing success and growth of an organization.”

A Clinton White House veteran, Voles has worked alongside Biden’s now-chief of staff Ron Klain in multiple roles. As White House deputy press secretary, she developed communications strategies for the presidential nominations to the Cabinet and Supreme Court.

Frankel was a speechwriter for former President Barack Obama and an early hire on the then-senator’s 2008 presidential race. He is also married to Stephanie Psaki, a senior adviser at the Department of Health and Human Services and the sister of White House press secretary Jen Psaki.

A slew of polls in swing states is stoking concern for Democrats, as they suggest the party’s slim congressional majorities could soon dissolve.

Whether Harris could help shore up Democrats where they need it is uncertain. Her own presidential campaign sputtered before reaching her deep-blue home state of California.

But compared to Biden, Harris may be on an upswing. A recent Gallup poll shows her polling six percentage points above her boss, with Biden at 43% approval compared to Harris’s 49%.

Kamala Harris doesn’t have time to go the border, but she apparently has plenty of time to encourage anti-Israel, anti-Semitic falsehoods https://t.co/wY4T6rjdGX