Judge Throws Book At Dem Mayor, Sentences Him To 6 Years In Prison For ‘Reprehensible’ Corruption 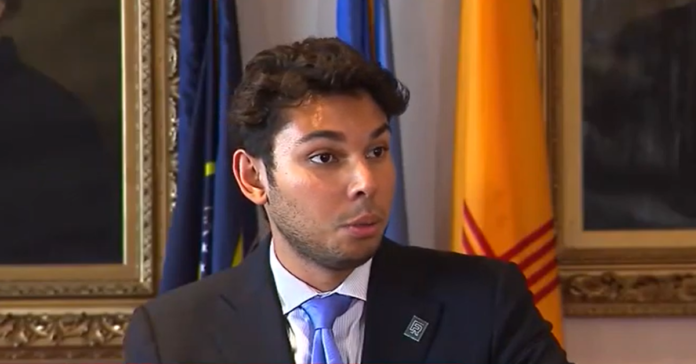 A former Dem mayor of Fall River, Mass., got some terrible news from a judge today and was sentenced to six years in prison after being convicted of corruption. Jasiel Correia was a rising star in the Dem Party after being elected mayor when he was just 23.

But the power went to his head and he will have six long years to think about it. He was convicted of taking bribes from marijuana companies trying to open shops in his town. He tried to extort money from these businesses a corrupt act U.S. District Court Judge Douglas P. Woodlock called “reprehensible.”

“What I have before me is an absolute lack of remorse,’’ said Woodlock before calling his corrupt scheme “a corrosive crime, it undercuts, it eviscerates a community. If we can’t trust each other, if we can’t trust our government, where are we? This is at the core of who we are.”

”City Hall was for sale,” judge Woodlock added before he dropped the hammer with a six-year sentence. The defense had asked for three years.

Assistant U.S. Attorney Zach Hafer said: “The cash in clipboards and in envelopes and sheds, Fall River under Jasiel Correia was like Atlantic City during Prohibition in terms of the crudeness of the corruption.”

Correia remained defiant telling reporters after his conviction that “the justice system failed us. I’m not guilty.”

Correia was supposed to have been sentenced Monday, but the judge instead agreed with new lawyers hired by Correia after the trial to overturn the jury’s guilty verdict on several counts they said the government failed to prove.

The judge agreed to toss six counts of wire fraud because of what he described as a lack of evidence about how the checks were processed.

The jury acquitted him on three counts, including accusations that he forced his chief of staff to give him half of her salary in order to keep her city job.

For months after his arrest, Correia resisted calls to leave office and survived a bizarre election in March 2019 during which he was recalled by voters and reelected the same night.

But after federal agents arrested him a second time — this time for the extortion scheme — he agreed in October 2019 to take a leave of absence. He was ousted by voters the next month.

Former Fall River Mayor Jasiel F. Correia II was sentenced to six years in prison after being convicted of extorting thousands of dollars in bribes from marijuana companies competing to open dispensaries in his city. https://t.co/hF8clAQO00