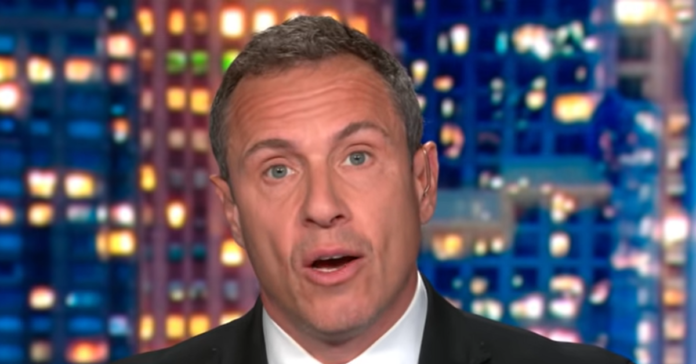 CNN’s Chris Cuomo is in trouble again after a new leak claims a female producer left his show because she ‘felt threatened.’

Melanie Buck was the executive producer of “Cuomo Prime Time” from April 2018 but was suddenly replaced in March 2020. She took a new role at CNN+ a new streaming service from the network.

Buck told Page Six, the media outlet that broke the story, “I spent two years as EP on Chris’ show and I’m proud to have led it to #1 at CNN.

“We ultimately had significant differences, and I asked to leave the show. I have moved on and am looking forward to my latest role with CNN+.”

A CNN insider confirmed Buck went to CNN boss Jeff Zucker and asked to be taken off Cuomo’s show and moved to another department, which he agreed to. The insider denied rumors that Buck was given a significant pay-off to stay silent over her spat with the agitable anchor.

More than one source told us of Buck, “She felt threatened”

She is now working on live morning coverage for CNN+ –  a subscription streaming service set to launch next year.

Reports of Buck’s clashes with Cuomo come as the anchor is  facing heat over allegations of inappropriate physical contact.

Shelley Ross, another former executive producer of Cuomo’s show, accused the CNN anchor of groping her back in 2005.

Ross wrote in an op-ed for the New York Times last week stating that Cuomo squeezed her buttock without her permission.

After a response from Cuomo, Ross said he’s ‘no more enlightened today than he was then’.

What exactly is the @CNN standard these days? pic.twitter.com/aw5VwcOOFq

After Chris Cuomo grabbed a woman’s ass in 2005, he wrote her an email apologizing to her husband… pic.twitter.com/6dldKQ3TXL