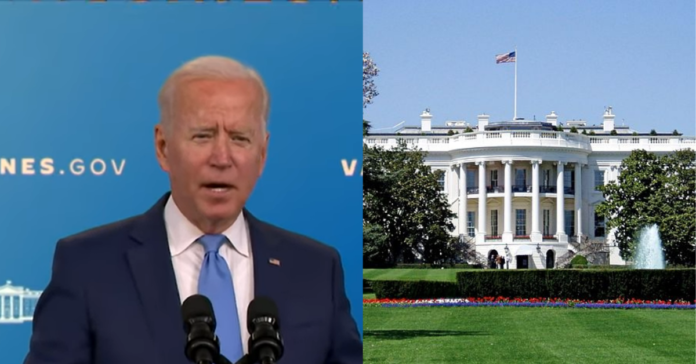 Bob Woodward has a new book out and while the media has been pushing the salacious Trump stories, Biden gets a lot of face time too. Considering what has happened so far, and what could happen in the next three years, the stories about Biden are not encouraging.

According to the book, President Biden ignored warnings from Defense Secretary Lloyd Austin and Secretary of State Antony Blinken that may have prevented the debacle in Kabul.

Biden did not listen and we know what happened. His favorability rankings are in the tank in large part because of that disastrous decision, and Biden is dragging down the rest of the Dem Party with him. All signs point to a massive red wave in 2022.

The book “Peril,” set for release Sept. 21, details how Biden came to make such a blunder. “His (Blinken) new recommendation was to extend the mission with US troops for a while to see if it could yield a political settlement. Buy time for negotiations,” Woodward writes.

But Biden, believing the generals kept Obama and Trump there against their wishes, refused repeated requests to change course.

“Our mission is to stop Afghanistan from being a base for attacking the homeland and US allies by al Qaeda or other terrorist groups, not to deliver a death blow to the Taliban,” Biden said.

There is another incident in the book that is getting little media attention and it tells you all you need to know about our media works.

Trump allegedly trashed the White House calling it a dump and the media went hysterical. The building is old and cramped in parts and many presidents have complained about it.

But only Trump was dragged over the coals for it.

In the book, Woodward busts Biden calling the White House a ‘tomb’ which is far worse than anything Trump supposedly said and the media offers crickets.

“He is not comfortable living in the White House,” Biden’s chief of staff, Ron Klain, told others, according to the authors.

Woodward and Costa write that Biden summoned Klain to Delaware to talk about his decision to run in March 2019. “I just feel like I have to do this,” Biden said. “Biden’s next words would stick forever with Klain,” the authors write: “This guy just isn’t really an American president.”

The bitter campaign against Trump alienated Biden from some Republicans he was once close with. Woodward and Costa write that Sen. Lindsey Graham, a South Carolina Republican, spoke to Biden in the days after the 2020 election, but the conversation soured when it turned to Graham’s attacks on his son, Hunter Biden.

“Graham made no apologies,” the authors write, adding that Biden believed Graham had “crossed a red line.”

“Biden and Graham would not talk again for months — and if Biden had anything to do with it, they likely would never talk again,” Woodward and Costa write.

Biden could be testy at times, the authors write, and the book highlights an incident in which Biden snapped at a question from CNN’s Chief White House Correspondent Kaitlan Collins in June, which Biden apologized for later in the day.

Biden’s tendency toward gaffes prompted Klain and other aides to try to keep Biden away from unscripted events or long interviews, Woodward and Costa write. “They called the effect ‘the wall,’ a cocooning of the president.”