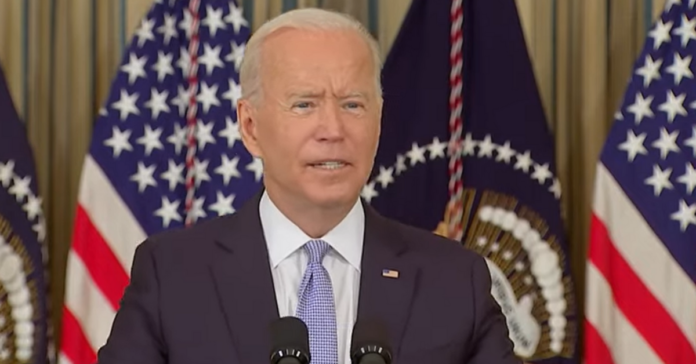 President Joe Biden just risked his presidency on the lightning-rod issue of immigration and the only thing that can save him is a judge. Biden’s DHS said they will issue a new memorandum terminating Trump’s remain in Mexico policy to address the court’s concerns.

The border is a mess and it will get worse because the word is out the door is open. Trump’s remain in Mexico is the only thing that could stem the ride. But, if you read the DHS statement below, it seems they have been having issues putting Trump’s policy back in place: “In the meantime, while the court injunction remains in effect, the Department has been working in good faith to re-start MPP in compliance with the order.”

But if Biden has been doing what the judge ordered, imagine how bad it will get without the policy? Either way, Biden loses.

DHS issued a statement that said:

The Department of Homeland Security intends to issue in the coming weeks a new memorandum terminating the Migrant Protection Protocols (MPP).

A new memorandum terminating MPP will not take effect until the current injunction is lifted by court order.

In issuing a new memorandum terminating MPP, the Department intends to address the concerns raised by the courts with respect to the prior memorandum.

In the meantime, while the court injunction remains in effect, the Department has been working in good faith to re-start MPP in compliance with the order, and it will continue to do so.

To that end, the Department, working with the Department of State, is engaged in ongoing and high-level diplomatic discussions with Mexico.  Simultaneously, the Department has instituted an interagency Task Force to efficiently rebuild the infrastructure and reapportioning the staffing that will be needed to restart MPP once that concurrence has been obtained.

Among many other steps, the Task Force is updating policies and procedures to account for COVID-19 and preparing to put in place contracts to rebuild the soft-sided Immigration Hearing Facilities used for court proceedings associated with MPP.

The Department remains committed to building a safe, orderly, and humane immigration system that upholds our laws and values.

The Department also continues to process individuals in accordance with U.S. law and our mission,” the statement said.