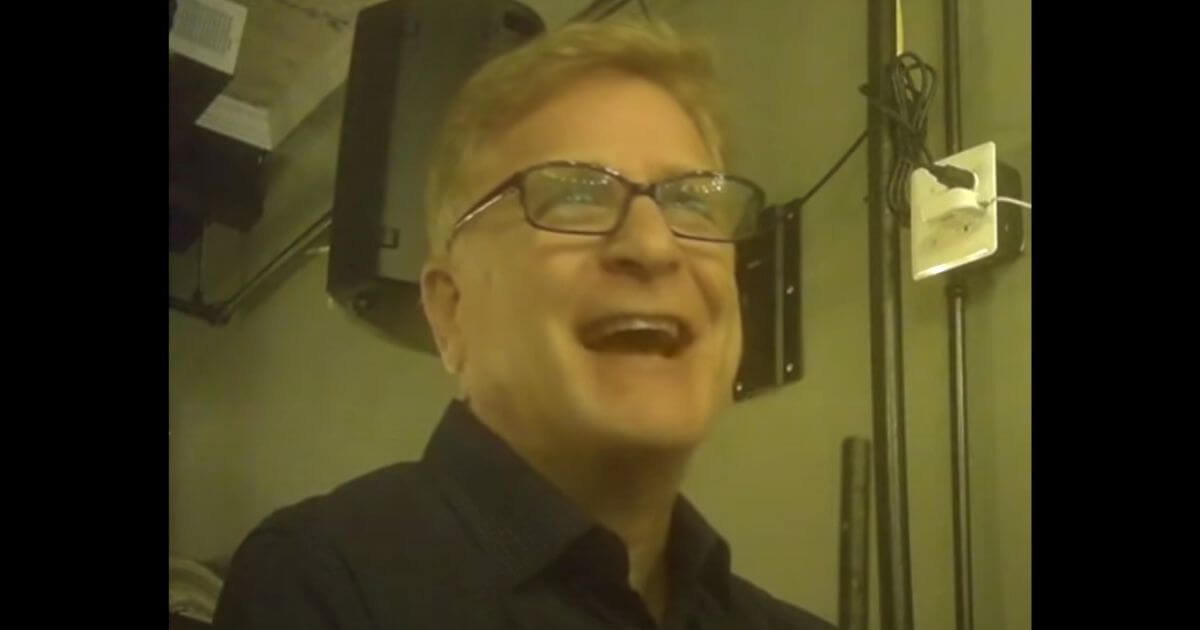 An attorney for PBS is out of a job after an undercover video showed him saying President Donald Trump is “close to Hitler” and talking about throwing Molotov cocktails at the White House if Trump were elected to a second term.

In the video, the PBS attorney mocked many of the Americans who paid his salary as he discussed a series of scenarios before the quagmire that was the 2020 presidential election, including forcing Trump supporters’ children into “re-education camps.”

“[Trump supporters] will be raising a generation of intolerant horrible people, horrible kids,” Beller said, according to Project Veritas.

“Even if [Democrat Joe] Biden wins, we go for all the Republican voters, and Homeland Security will take their children away, and we’ll put [Trump supporters’ children] into re-education camps,” he bragged.

According to Project Veritas, Beller went on to describe such camps as “nice,” saying they would “have Sesame Street characters in the classrooms” and children would “watch PBS all day.”

“Americans are so f—ing dumb. You know, most people are dumb,” he said in another clip.

“It’s good to live in a place [like Washington, D.C.] where people are educated and know stuff,” Beller said in the video, according to Project Veritas. “Could you imagine if you lived in one of these other towns or states where everybody’s just stupid?”

He also said it was “great that COVID is spiking in all the red states” because voters there might not turn out or they could be “sick and dying.”

Do you think Biden’s administration will push reeducation for Trump supporters?

When Beller was asked what he would do in the scenario of Trump’s re-election, he said he would “go to the White House and throw Molotov cocktails.”

PBS announced in a series of tweets Tuesday evening it was no longer affiliated with Beller. According to The Associated Press, the official story is that he resigned, though it’s hard to imagine that he had any other choice following the backlash to his remarks.

“This employee no longer works for PBS. As a mid-level staff attorney, he did not speak on behalf of our organization, nor did he make any editorial decisions,” PBS said. “There is no place for hateful rhetoric at PBS, and this individual’s views in no way reflect our values or opinions.

“We strongly condemn violence and will continue to do what we have done for 50 years — use our national platform and local presence to strengthen communities and bring people together.”

PBS response to Project Veritas: “This employee no longer works for PBS. As a mid-level staff attorney, he did not speak on behalf of our organization, nor did he make any editorial decisions…” (1/3)

“There is no place for hateful rhetoric at PBS, and this individual’s views in no way reflect our values or opinions.” (2/3)

“We strongly condemn violence and will continue to do what we have done for 50 years – use our national platform and local presence to strengthen communities and bring people together.” (3/3)

It is not clear how long Beller worked for PBS or what it considers “mid-level” to be. But what a stain this is for the once culturally valuable broadcaster.

Many of us remember PBS as a place where Big Bird bumbled around Sesame Street and the nice “Reading Rainbow” guy also showed up on “Star Trek: The Next Generation” some nights after dinner. What was his name? … Oh, yes, LeVar Burton.

He ended up being quite the anti-Trump liberal, but at least from what I recall, he didn’t espouse his political views on PBS when reading books. No one affiliated with PBS was filmed saying he’d set fire to the White House if Bob Dole won the 1996 presidential election.

These days, the story is quite different at PBS.

The program “Arthur” featured a gay wedding in 2019, and it was challenging to ascertain why a children’s program would air a ceremony where a giant gay rat married a giant gay Aardvark. The entire broadcast, which was catered to small children, was perplexing.

But PBS is “woke” now — soiled like virtually every other once-great American institution. Beller worked for the company until after he announced himself on video as a person who openly advocated for putting the kids of conservatives in “re-education camps” and laughing about people dying from sickness over their political affiliations.

PBS did the right thing by publicly disavowing Beller. But parents and grandparents should question if the radical leftist attorney is only the tip of the iceberg for the public broadcaster. Judging by the spectacle of some of what PBS calls programming for children, it’s probably not.

We also know the kind of talent PBS chooses to send to represent “PBS NewsHour” in the White House press corps:

WATCH: @Yamiche asks President Trump to clarify his comments second-guessing the number of ventilators governors say they may need to fight COVID-19. pic.twitter.com/8OpMJej56G

Madison Cawthorn made it a point to stand, suggesting that all Americans to should stand during the pledge of allegiance & national anthem.

It was a direct rebuke of actions by ppl — including black athletes who are currently sitting out games — protesting police brutality.

His response to me: “You are something.”

WH Press Secretary Kayleigh McEnany: The violence we saw yesterday was appalling. We condemn it in the strongest possible terms. What we saw was a group of “violent rioters” and the “opposite” of this administration.

She took no questions and no responsibility for Trump’s role.

The moral decay has to go much deeper than Yamiche Alcindor or Michael Beller.

Parents and grandparents need to collectively remember these patterns during the next telethon.

Thank God for the work of O’Keefe and everyone at Project Veritas. They continue to be a light where journalism has committed harakiri in the darkness created by the corruption of corporate media.

UPDATE, Jan. 13, 2020: This article has been updated to include reporting from The Associated Press indicating the official story is that Beller resigned. Since PBS’ tweets were rather ambiguous, and since it’s hard to imagine that he had any other choice following the backlash to his remarks, the headline saying he was “fired” remains as published.

China Overjoyed It Will Now Be Meeting with Biden to Negotiate: 'New Window of Hope'

Uganda Be Kidding Me!! Twitter’s Hypocrisy Is Simply Amazing!! [VIDEO]