He Didn’t Show ‘Black Lives Mattered to Him’ 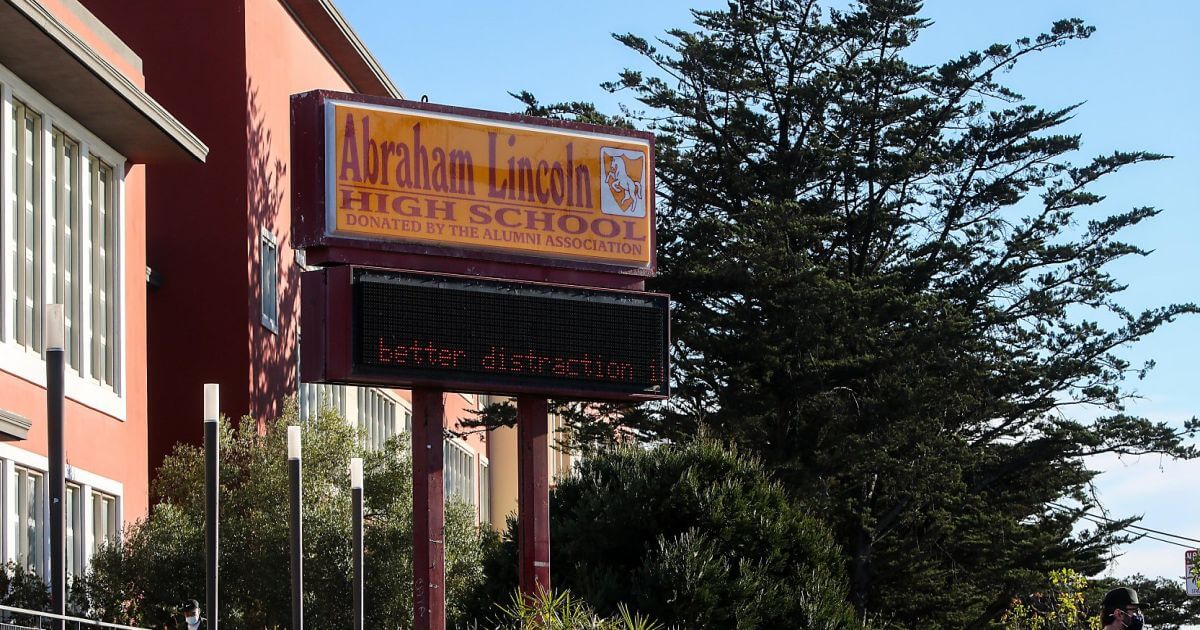 For a while now, much of the far left has been on a crusade to scrub society of all reference to those deemed not woke enough.

This includes historical figures like Thomas Jefferson and George Washington because, despite world-altering accomplishments like authoring the Declaration of Independence and leading the American colonists to victory against the British, respectively, both men also owned slaves. It includes Ulysses S. Grant, who led the Union Army to victory against the Confederacy in the Civil War.

Now, the wokescolds are targeting Abraham Lincoln for the great crime of not sufficiently demonstrating that “black lives mattered to him,” according to the U.K. Daily Mail.

In case you’ve forgotten, Lincoln was president during the Civil War and is responsible for the abolition of American slavery.

Apparently, that’s not enough to preserve his place in history: The San Francisco Unified School District might be stripping Lincoln’s name from one of its high schools.

As the San Francisco Chronicle reported in October, the district is reviewing a proposal to change the names of 44 district schools, from Abraham Lincoln High School to Herbert Hoover Middle School to Dianne Feinstein Elementary School.

Why? Because these figures might not appropriately represent today’s “cultural values” regarding race.

Hoover is on the cancel list not because of his presidential legacy during the Great Depression but because he appointed committees that led to redlining and ultimately segregation while he was secretary of commerce under Presidents Warren Harding and Calvin Coolidge.

Lincoln might get the ax because “the majority of his policies” regarding Native Americans “proved to be detrimental to them,” according to the district’s School Names Advisory Committee.

As for Feinstein, she allowed a Confederate flag to be flown outside City Hall in 1984, a day after the flag was torn down by protesters — even though she removed the flag the next day in response to complaints.

Never mind that this incident occurred over 35 years ago and that Feinstein has served as mayor of San Francisco and as a United States senator (a position she still holds today) since that time. The incident wasn’t egregious enough to keep her out of office, but for some on the left, it is enough to strip her name from an elementary school.

This is all patently absurd.

Lincoln freed the slaves and was literally killed for his efforts. According to the modern left, however, he just wasn’t enough of a social justice warrior.

This just shows that no one is woke enough for the left. They’ll destroy culture and history trying to remake America into their version of a racially perfect society, all the while bulldozing over people who actually made significant positive contributions to equality during their lifetimes.

The name changes aren’t official yet. They’ve been proposed by the committee, but school boards haven’t yet voted on whether or not to accept them.

For her part, San Francisco Mayor London Breed thinks the district has more important things to worry about: In October, she said that in light of the coronavirus pandemic, “the district should be focused on getting our kids back in the classroom.”

For once, Breed is right: The San Francisco Unified School District certainly has more important priorities than school names.

California Sheriff Takes Stand Against Order To Release 1,800 Inmates Into Community Amid COVID