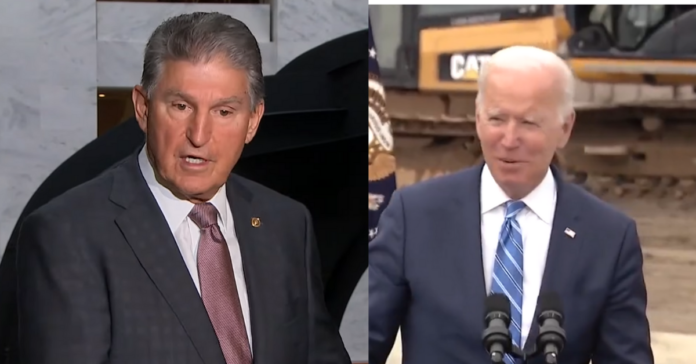 President Joe Biden has another crisis on his hands and if he doesn’t find a solution he will go down as the only president in history to default on America’s debts.

The constitution forbids it so he would be impeached soon after default, or when the GOP has votes. And they may have them sooner than you would think as the Dems try to save their own political fortunes by distancing themselves from Joe heading into 2022.

If the GOP wins in Virginia next month the Dems will run from Biden as fast as they can which will create enormous problems for Biden. So a desperate Joe tried to threaten an end to the filibuster to solve his debt ceiling crisis telling reporters “it’s a real possibility” the Senate will change the rules.

“I’ve been very, very clear where I stand, where I stand on the filibuster. Nothing’s changing.  But the bottom line is we have a responsibility to be the adults.

Our leadership has a responsibility to lead and that’s what I’m asking, imploring them to do.

“We are not going to default as a country. We will not default.

“That’s the responsibility we have as senators, as Congress, as 535 of us responsible to protect this great country.

“I implore them, engage, start working, work this out. This should not be a crisis.”

Senate Minority Leader Mitch McConnell (R-Ky.) is offering Democrats a deal that could end the stand-off over raising the nation’s debt ceiling just weeks before a possible default.

The GOP leader issued a statement shortly after a Senate Republican Caucus lunch announcing that he will allow Democrats to increase the nation’s borrowing authority for two months without having to use the cumbersome and time-consuming budget reconciliation process to avoid a filibuster.

But the catch is that McConnell will require Democrats to vote on a higher debt-limit number — something they would be required to do under the Senate’s budget reconciliation rules — instead of only voting on legislation to suspend the debt limit to sometime after next year’s midterm election.

“To protect the American people from a near-term Democrat-created crisis, we will … allow Democrats to use normal procedures to pass an emergency debt limit extension at a fixed dollar amount to cover current spending levels into December,” McConnell said.