Cuomo’s Accuser Rips CNN For Sending Women Back To ‘Dark Ages’ By Giving Chris A Pass: ‘Women are already terrified to come forward, it’s like the pendulum has swung us back into the Dark Ages” 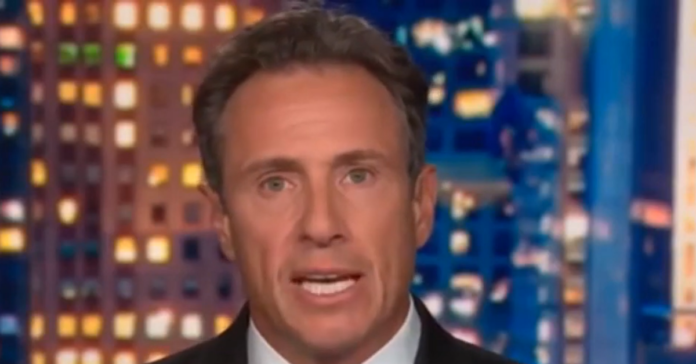 Shelley Ross, the veteran journalist and former executive producer at ABC who accused Chris Cuomo of sexual harassment just unloaded on CNN in an interview with Megyn Kelly accusing the network of sending women back to the dark ages by giving Chris a pass.

Ross ripped CNN saying women at CNN cannot complain about sexual harassment “because the person in charge has made it clear that Chris Cuomo can do anything he wants with impunity.”

Ross said: “He walked into the bar, walked right over to me, gave me a bear hug, slipped one hand down my body to my buttocks, and squeezed really hard on my cheek while saying, “I can do this to you now, now that you’re no longer my boss.” And I pushed him away and said, “No, you can’t.”

“And as I pushed him away and stepped back, it revealed that my husband was sitting on a very low ottoman, which you couldn’t see him. While I was talking to people I worked with, he was just sitting there drinking a Diet Coke, waiting to leave.

“So he saw everything it was right in front of him.

“I talked to my husband about it.

“And my husband has always said, and it’s interesting, I heard, when the editorial was published, I heard from Brian Rooney, who was an ABC correspondent, and he said to me he was the first person who called, early in the morning, and said, ‘Shelley, I think there are two kinds of men in the workplace: one who behaves like Chris Cuomo, and the other cannot fathom ever behaving like that.’

“He said, ‘I can’t imagine men handling one of my female colleagues…’

“My husband always said that, that he would read about sexual harassment and he was a boss who hired lots of women and lots of female vice-presidents.

Kelly said: “No. He’s the gentleman. He’s a normal man. A normal man doesn’t behave like this at the office. My husband, too, is the CEO of a company for a long time, would never dream of behaving this way.

“I think about my pal Janice Dean, married to a firefighter. He’s around a lot of guys with a lot of testosterone. Never. Never. Most men do not behave like this.

“But Chris Cuomo, and as we now know, his brother Andrew, seem to behave differently and look at women differently.

“And your op-ed was very well-timed, because not only did Chris defend his brother, we now know, but was actively involved in trying to diminish the women who accused him, and people said, ‘Ah, it’s his brother.’ And I said, “No. You advise your brother as a brother; you call him after-hours and say, ‘Brother, I’m here for you, come over, let’s have a beer.’

“You don’t actively join the strategy sessions trying to tear down the women as just cancel culture warriors. And he’s been given a total pass for it by CNN.”

“They can’t,” Ross said of any woman who wants to complain about sexual harassment at CNN. “They can’t complain because the person in charge has made it clear that Chris Cuomo can do anything he wants with impunity.

“How can anybody complain without — women are already terrified to come forward. And you don’t want to get anybody in trouble on one hand, and on the other hand, you’re sort of, in you’ve been in a workplace any period of time, you know it’s going to reflect badly on you.

“It’s like the pendulum has swung us back into the Dark Ages, where it’s like, where women, which is no longer allowed to happen, used to be questioned if they reported a rape. ‘Well, what were you wearing?’ ‘They invited it.

“And even in his most recent comment to The New York times, Chris Cuomo, when The New York Times called him for a response, said, ‘As Shelley acknowledges, our interaction was not of a sexual nature.

“Well, what I want to say is, there was never ‘our interaction.’ He’s already gaslighting everybody in that response.”

"We wanted $10 trillion...$3.5 trillion is a compromise"...Biden Bill Holdout Harassed AGAIN by Leftists on Flight and in the Airport [Video]