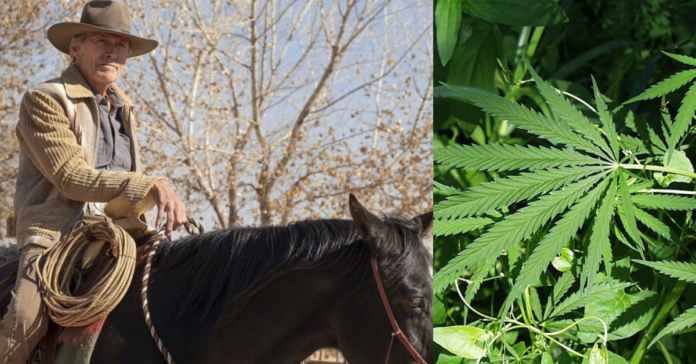 Legendary conservative Hollywood star Clint Eastwood just won a $6 million dollar lawsuit against a marijuana company for using his likeness to sell their products without his consent.

Gary Klausner of U.S. District Court for the Central District of California handed Eastwood and the company that manages his rights Garrapata, $6 million for unauthorized use of his name and image in the suit against Mediatonas UAB.

“It requires additional context to understand what CBD products are and why a person like Clint Eastwood would not endorse a marijuana-based product,” wrote Klausner of the famous conservative. The judge did not grant Clint’s demand for defamation because it was not “libelous on its face.”

“By using Mr. Eastwood’s name in hidden metatags, defendants have figuratively posted a sign with Mr. Eastwood’s trademark in front of their online store to attract customers and caused the consuming public to believe that Mr. Eastwood is associated with or endorsed defendants’ CBD products when no such association actually exists,” the court said.

The judge also ordered the company to pay Clint’s legal fees estimated to be around $95,000.

Jordan Susman, Eastwood’s lawyer, said: “In pursuing this case, and obtaining this judgment, Mr. Eastwood has again demonstrated a willingness to confront wrongdoing and hold accountable those who try to illegally profit off his name, likeness, and goodwill.”

In July last year, he filed two lawsuits seeking millions of dollars in damages from several CBD manufacturers and marketers, who falsely claimed he had endorsed their goods.

The Academy Award-winning actor-turned-director filed an amended suit in February against Mediatonas UAB, the company which owns sites where fake interviews with Eastwood endorsing the CBD products were published.

The 91-year-old actor said in one of the lawsuits that multiple CBD companies used photos of him, fraudulent articles and attributed quotes to him to promote and sell cannabidiol (CBD) products.

‘In truth, Mr Eastwood has no connection of any kind whatsoever to any CBD products and never gave such an interview,’ states the lawsuit filed in Los Angeles federal court in July 2020, which claims defamation.

‘Mr Eastwood seeks to hold accountable the persons and entities that wrongfully crafted this scheme, spread false and malicious statements of facts about him, and illegally profited off of his name and likeness’, the filing added.

The suit detailed that some of the phony news articles about Eastwood alleged he was quitting the movie business to focus on a CBD business, which is non-existent, according to the New York Times.

The three CBD companies accused of coming up with the phony articles, which first surfaced last year, were named as Sera Labs Inc, Greendios and For Our Vets LLC.

Having a wonderful weekend over here pic.twitter.com/chyB7Wnjm6