Baby Roe Breaks Silence, Rips Mother Who Wanted To Abort Her: “She didn’t deserve to meet me” 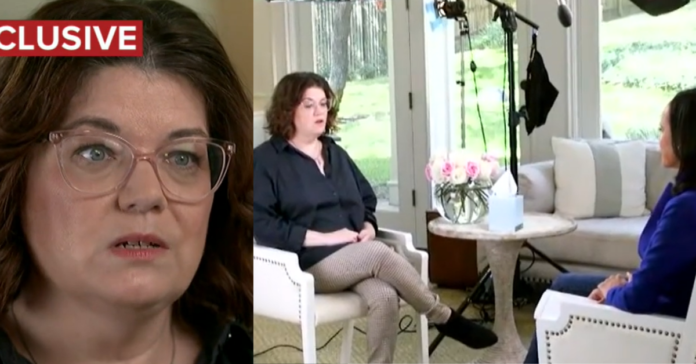 Shelley Lynn Thornton’s biological mother was Norma McCorvey. McCorvey was Jane Roe in the landmark case that made abortion legal. Thornton was ‘baby Roe’ and she just broke her silence in a new ABC interview telling a heartbreaking tale that every Dem should listen to.

She did not know that she was the baby that sparked the famous SCOTUS ruling – she was born and put up for adoption as the case made its way through the courts- until the National Enquirer told her who she really was when she was 19.

“They’d asked me if I’d ever heard of her before and I said no,” Thornton said. “And they said, ‘Well, she is the woman who they used to do the Roe versus Wade case. She was Jane Roe.’”

She told ABC News that she gave them her first on-camera interview because “it’s my turn.”

“My story is my story,” Thornton said.

“My whole thinking is that, ‘Oh God, everybody’s going to hate me because everyone’s going to blame me for abortion being legal.’ You know, it’s like ‘it’s all my fault,’ is pretty much what I was thinking,” she said.

“And that’s really hard to grasp when you’re in that kind of a situation and you’re just kind of like learning all of this stuff.”

“She didn’t deserve to meet me,” Thornton said of her biological mother.

“She never did anything in her life to get that privilege back.

“She wasn’t sorry, about giving me away or anything.”

Thornton has never forgiven McCorvey she said “mostly because I feel that she could have handled things a lot better,” about trying to use her for media attention.

“I can deal with that. I can’t deal with lies and treachery and things like that.

“To me, that’s like no, sorry, not playing that game with you. And that’s all it was. It was a game.